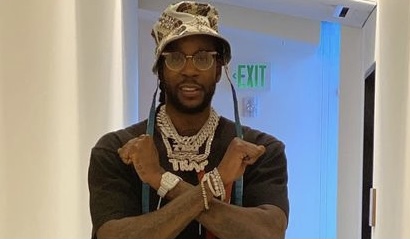 Last year, 2 Chainz had one of the most underrated releases, with his sixth studio album, “So Help Me God!” This was released in November, and led by singles such as “Money Maker” feat. Lil Wayne and ”Quarantine Thick” feat. Latto. Additional appearances included NBA Youngboy, Kanye West, Lil Uzi Vert, and more. It also debuted at number 15 on the Billboard 200 chart.

Now, the Atlanta legend is preparing for his seventh album. While performing at the HARD Summer Music Festival in San Bernardino, CA, he announced this next project.

The album title is set to be “Dope Don’t Sell Itself.” 2 Chainz didn’t clarify the exact release date, though. Fans can definitely expect the older trap sound from him on this project for sure, though.

Check out 2 Chainz announcing his next album below.

More in Album Preview
Juelz Santana lays down and pretends to take a nap, during The LOX’s “Reservoir Dogs” performance, at #Verzuz, and people react to his teeth
Jadakiss is crowned the best #Verzuz performer of all-time and fans say he killed Dipset by himself