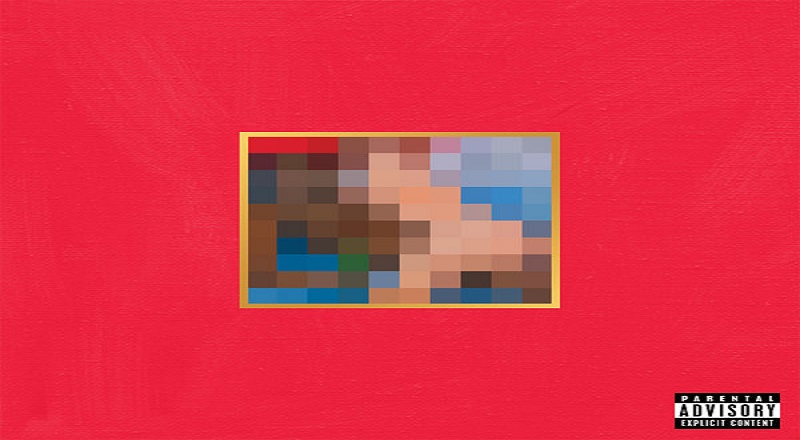 Mr. West is back by unpopular demand with his fifth studio album, My Beautiful Dark Twisted Fantasy. It has been two years since the last Kanye West album and the rapper has a story to tell. Following his incident with Taylor Swift, the media crucified Kanye West and some thought his career was over.

Kanye West took some time off, then he came back in the heart of the summer. His single, “Power,” reintroduced him to the people. The song gained a bit of airplay and got the fans ready for the rest of what the creative Kanye West had on the table. The album was expected to be a classic.

In an effort to avoid the media scrutiny, Kanye West decided to get away from it all. Ever since he decided to become a rapper, Kanye West did not take any time off. His schedule was always packed and if he was not rapping, he was producing. In 2007, the Chicago entertainer lost his mother and barely took time off to properly grieve. Some feel this is what led to his interruption of Taylor Swift at the 2009 MTV Video Music Awards. But, this led to him finally taking time off to gather his thoughts and what came next would be the greatest creation from Kanye West yet.

Many assumed Kanye West would return to rap and also return to his college-themed albums, so many thought the album would be titled A Good Ass Job. But, Kanye West is a grown man and he has changed since the days of his college-themed albums. With this album, Kanye looked deep into himself and put together some of the best material he has ever had. Kanye West has successfully merged his singing with his rapping on this album and he is opening himself up in ways not even seen on 2008’s 808s & Heartbreak. It has been a tough stint for Kanye West, but he is turning it into triumph by making it into an album.

For this album, Kanye West has decided to be more of an artist. While he had major input on each track on the album, he was not the primary producer. Kanye West worked with big names and small names, alike, in order to put this album together. Outside of his rapping, Kanye West also expanded the roster of his fledgling record label, G.O.O.D. Music, so he did what he could to include his artists. Unlike other artists who try to fit their artists on their label, Kanye West found the perfect tracks to compliment both him and the guest on the track, which was great for Pusha T and Kid Cudi.

Despite being a major star, Kanye West has never featured many on his albums before. Instead, he usually has one big name guest and it is usually Jay-Z. But, on My Beautiful Dark Twisted Fantasy, West featured other big names, such as Raekwon, Rick Ross, Nicki Minaj, Jay-Z, RZA, Bon Iver, and Swizz Beatz. Most importantly, West invited these guests on and outshined them where most rappers find themselves upstaged when they combine with other big names. Even with the guests and helping out his own acts, Kanye West kept the album creative and he kept the album dark and fun.