Home » Reviews » Here’s an idea, how about the Sacramento Kings move DeMarcus Cousins to the Trail Blazers to play with Damian Lillard 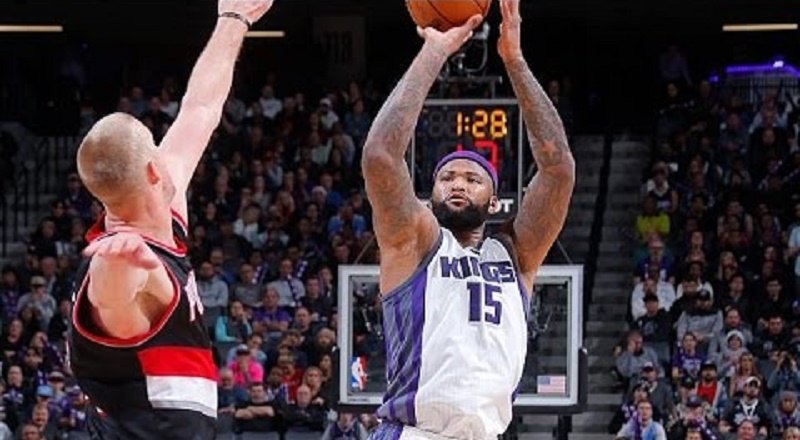 Man, the NBA world is still going in on DeMarcus Cousins and it’s actually pretty sad. Hands down, DeMarcus Cousins is a top ten player in the NBA. Then, the Sacramento Kings are a bottom ten team in the league, going nowhere fast.

The only reason the Kings are even in the playoff picture is because the field is weak in the West, this season. But, DeMarcus Cousins is being wasted on this Sacramento Kings roster. Something’s got to give and this season might be the breaking point.

After a surprising 2016 playoff run where they beat the LA Clippers, expectations were high in Portland. Damian Lillard worked hard all summer and said his goals were to lead the Blazers to the Conference Finals. Instead, a tough stretch has Portland with a losing record and down to eighth in the playoff chase, the Kings are ninth.

Right now, the Thunder, Jazz, Grizzlies, Clippers, and Rockets are all playing good basketball. There is a virtual tie between those teams and then the Warriors and Spurs at the top. If the Sacramento Kings were willing to give up DeMarcus Cousins and trade him to the Portland Trail Blazers, they would have enough time to catch up, and win enough games to be a second or third seed and make it to the Conference Finals.

Or, the Blazers can keep disappointing and Boogie can keep having public meltdowns.