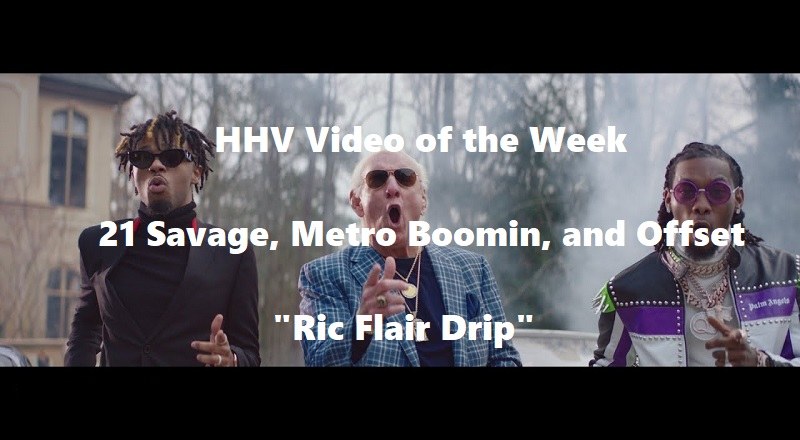 Since 2013, Metro Boomin’ has slowly been making himself into the game’s hottest producer. Now that he has a few chart-toppers under his belt, everybody’s up on him. Meanwhile, since 2015, 21 Savage has been making noise, as has Migos’ Offset.

The trio came together for a joint project, late in 2017. They found success with “Ric Flair Drip,” which became the project’s most-popular single. Now, the music video has dropped, and has consistently been breaking the internet.

With the hip hop week over, 21 Savage, Metro Boomin’, and Offset have had the most talk with the “Ric Flair Drip” video. As the week comes to a close, no one has impacted like them. Due to that, and them having Ric Flair in the video, the Video of the Week is “Ric Flair Drip,” for this week.