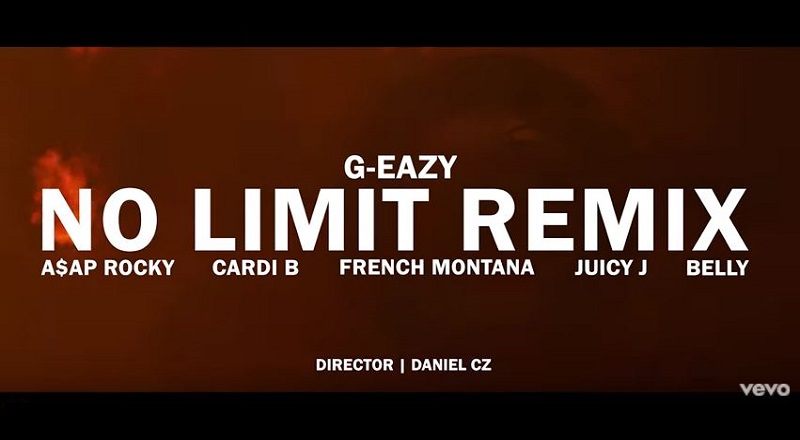 Nearly three years ago, we had the chance to meet G-Eazy, at SXSW, but only had time for a pic. Still, he took the time out to take that pic, and it was clear G-Eazy would be huge. Later that year, “Me, Myself, & I” dropped, and dominated radio.

G-Eazy wasn’t done, even though he soon went out of the spotlight. He came back, in 2017, with Cardi B, the “Love & Hip Hop” phenom. She provided him with a verse on “No Limit,” G-Eazy’s hit single that features A$AP Rocky on the hook.

Many wondered why G-Eazy waited so long on the “No Limit” music video. It turns out, he added French Montana, Juicy J, and Belly to the track. They offered the music video, which dropped a few days ago, and is the Video of the Week for this week.