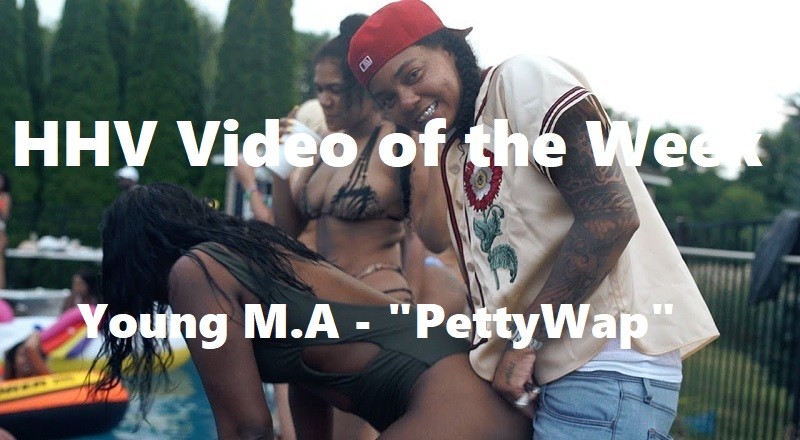 Two years ago, Young M.A took the game by surprise. There was a time when New York City was rising and Young M.A had the pulse, with “OooUuu,” which took radio over. In many ways, Cardi B pulsed this same vein, with “Bodak Yellow,” just a few months later.

While Cardi B has found herself making consistent top ten hits, ever since, Young M.A seemingly hit a brick wall. For sure, she managed to keep putting up huge mixtape records, but she hasn’t broken back through. This week, all of that changed for Young M.A.

Just as Tyga’s “Taste” didn’t fully take off until the video came, Young M.A is going through the same thing with “PettyWap.” The record had potential, and the video put it over the top, while making the “Taste” visuals look like Bible class. So, here’s another look at the “PettyWap” visuals.

Watch “PettyWap” by Young M.A below: