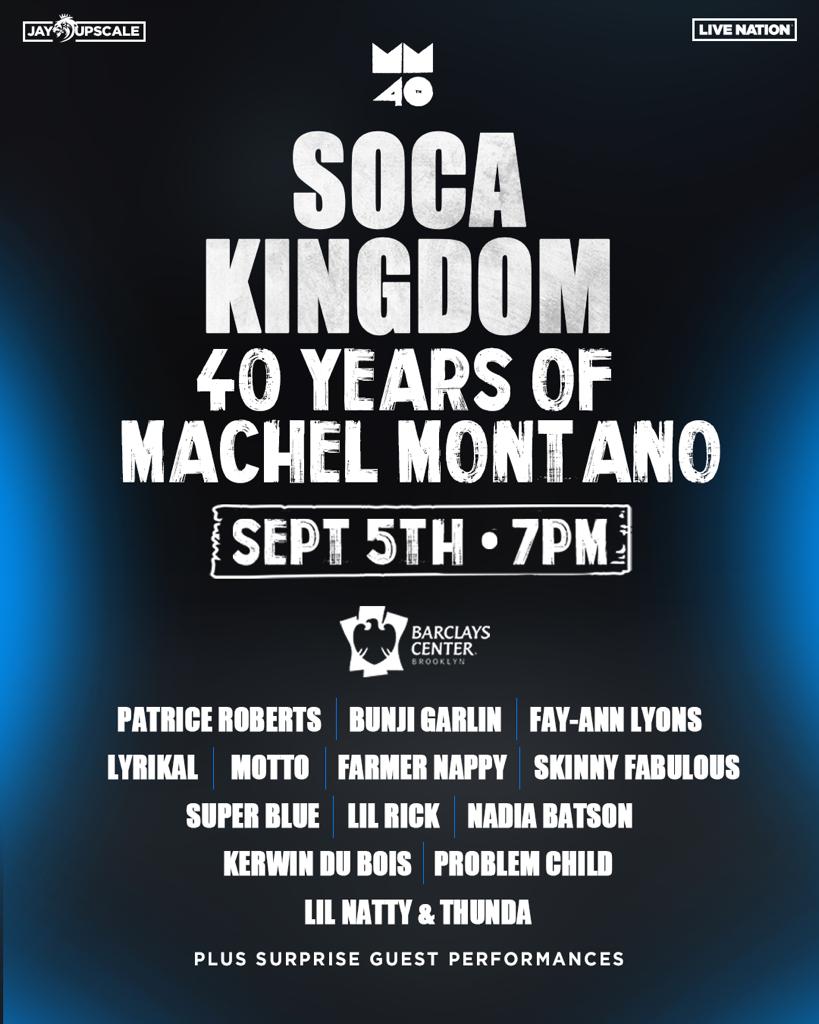 Machel Montano, the proclaimed “King of Soca” made global music history this week at the Barclays Center in Brooklyn, New York. He is the first soca artist to headline the arena ever since its opening 10 years ago and also sold out it was a sold-out night. Labor Day weekend for many New Yorkers involved them flaunting their flag for their perspective cultures at the venue. Produced by event curator Jay Upscale, Machel’s 40th year in music celebration was the most anticipated event in the soca world with many attendees flying into the U.S. for the historical event.

More in Reviews
Stream: Tai Mistyque – “Where Do I Go” EP