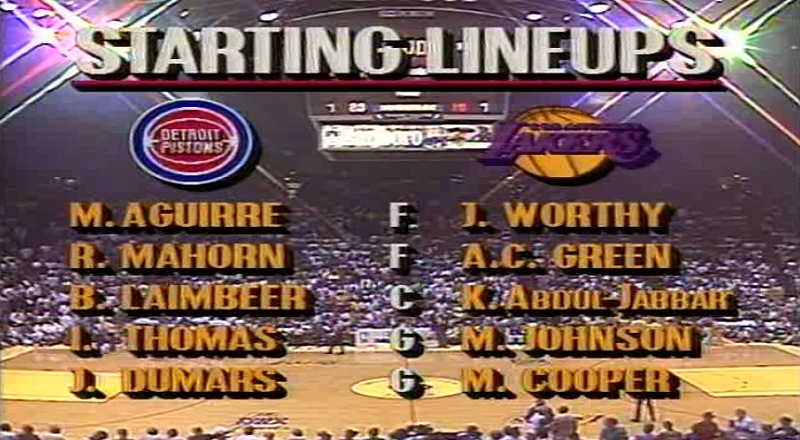 Expect to see a lot of Laker squads on this list and that isn’t a bad thing at all. In order to make it to the NBA Finals that means these are some good squads. No team in the NBA has more Finals appearances than the Lakers, so that means not every Finals run worked out for them.

Following their 1987 championship, Pat Riley infamously proclaimed that the Lakers would win again in 1988. It wasn’t easy, as the league-best Lakers were pushed to the brink by the young Detroit Pistons. The next year, these older and wiser Pistons would prove too much.

Although this wouldn’t be the most-disappointing Lakers/Pistons matchup, it would be the quickest. With Kareem Abdul-Jabbar announcing his retirement following the 1989 Finals, few thought the Lakers would three-peat. But, following an MVP season and the Lakers posting the West’s best record, a three-peat seemed more possible.

The Los Angeles Lakers did not post the best record in the league, the Pistons did, but they still came into the postseason the winner of the past two championships. In the final year of the Magic Johnson, Abdul-Jabbar, James Worthy trio, many expected a real series. They got one, a real quick series, as Joe Dumars and Isiah Thomas made quick work of the Lakers, sweeping them in the NBA Finals, ending the series at The Forum in Los Angeles.

Watch highlights from the 1989 NBA Finals below: