Home » Articles » On a scale of 1-10, how f*cked are the Portland Trail Blazers, headed to New Orleans to play the Pelicans? Can they go down to the Big Easy and save their season? 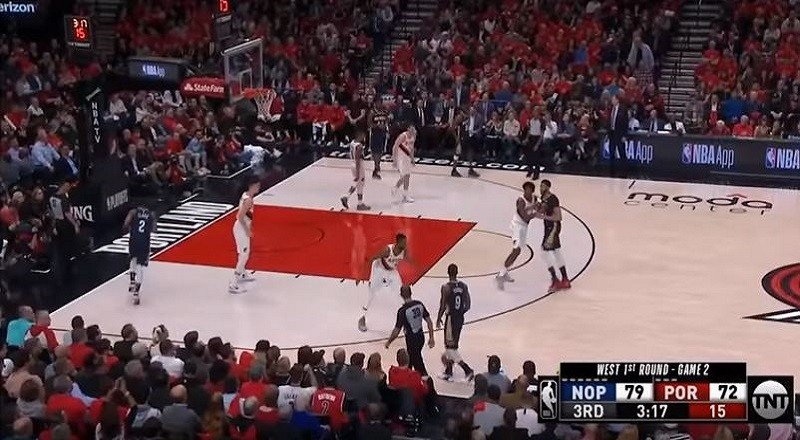 It’s always essential, in a playoff race, for a team to land home court advantage. In order to get it, Damian Lillard went on a warpath, dragging the Portland Trail Blazers to victory. The team went on a 14-game winning streak, but fell apart towards the end of the season.

Meanwhile, the New Orleans Pelicans have kept it slow and steady, finishing only one game back of Portland. But, because of how close the West was, the Blazers drew the Pelicans in a 3/6 matchup. The goal is always for a road team to take Game 1.

But, Anthony Davis, Rajon Rondo, and Jrue Holiday approached Game 2, looking for another win. They played a much tougher Blazers’ team, but still managed to win. The Blazers lost, again, finding themselves down 0-2, coming into Game 3 in New Orleans, and the Pelicans on a roll.

When the Blazers lost Game 1 at home, they were already screwed, and a Game 2 loss only made that worse. As they approach Game 3, in New Orleans, with the Pels having the momentum, exactly how f*cked are the Blazers, right now?

Watch highlights from the Pelicans/Blazers series in Game 1 and Game 2 below:

More in Articles
Damar Jackson – “Everything” [VIDEO]
Wendy Williams tried to come for The Clark Sisters and got DRAGGED with FACTS by Twitter, as EVERYBODY was setting her straight, even Michelle Williams, Kierra Sheard, and more got her together on Twitter #WendyShow (FULL VIDEO INCLUDED) [VIDEO]