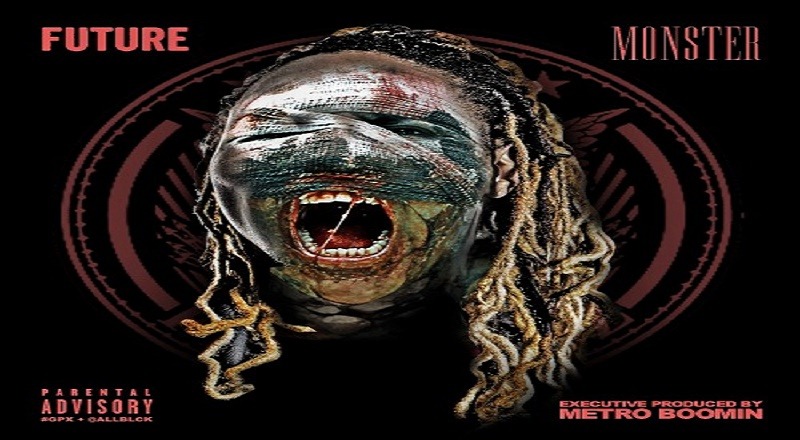 Future has attempted to hit the streets hard again with his new 16 track compilation,  Monster. Monster begins with an introduction of a mixture of events happening in Future’s life, such as his high profiled relationship with singer/songstress Ciara. The occurring events presented in the introduction sets the tone for the rest of the mixtape.

This new mixtape explains why Future has turned into a Monster. The mixtape features hip hop heavyweight Lil Wayne, and well known producers DJ Spinz, Southside, Nard & B, TM88, as well as others. Monster consists of tracks such as “Radical,” “Monster,” Codeine Crazy,” and My Savages.”

This mixtape proves Future can slaughter any beat, and not  in a good way. The problem with this mixtape is Future does not show his true rap skills. His continuance of auto-tune deteriorates his message and his sound, as there is no cohesion with his flow and his message.

The mixtape is titled Monster, which most music lovers would think means he is going to hard, with this project and his verses will be out of world, but they are not. Future fans can tell that he is going through something personally apart from music, because this is not his best work, especially when he just received a great honor at this past BET Hip Hop Awards. After listening to this compilation, you can tell that he wants to go off, but as a listener it’s just not felt.

But, on a track titled” After That” featuring YMCMB heavy weight Lil Wayne , Future does bring some type of excitement to this project, as he and Lil Wayne bring fire from beginning to end with heavy hitting verses.