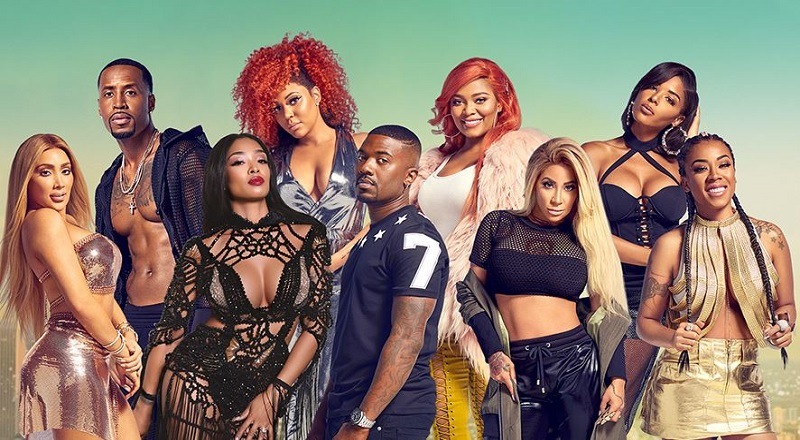 Things are about to turn up in Hollywood!

Cole is currently on tour, promoting her new hit single “You.” From the details of that song, it’s obvious that things between her and Booby have been rocky.

She says, “I can’t deal with what someone has done to me in the past. It’s time for me to reset.” Even though Keyshia has no plans on reconciling her relationship with Booby, she still allows him to live under her roof so that they can co-parent. Cole explains, “He is staying at my house because he needs to reset his career. It’s crazy because the person that you do all the dirt to is the person who helps you out the most.”

Hazel E is back in Hollywood and she has a new man, Rose Burgundy. The two look very adorable together and it appears they’ve been together for a little hot minute. Besides her new man, it appears that Hazel E has a vendetta to get back at every woman she has had drama with in the past. Hazel was in the works of planning a female empowerment show, where she invited Masika. But, that didn’t turn out so good. Hazel got into a altercation with both Masika, Moniece, and another new addition to the Hollywood family, Zell Swag. Zell is a celebrity hairstyle, and is always caught in the middle of Hazel E and Masika drama.

Masika wasn’t Hazel E only target, Hazel also had it out for her former friend Teairra Mari, who she’s been having a rocky relationship since the show started. Although, last season it looks like the two were trying to mend their relationship, things took a turn for the worse when the two met up to speak about their differences. Instead, the conversation escalated quickly and drinks and plates were thrown.

But, the drama doesn’t stop there. While Hazel E and Ms. Nikki Baby met up to discuss the current drama, Hazel introduced a new member of the Hollywood mix, Alexis Sky, who’s also Fetty Wap’s ex. And, she’s made it known that she’s coming for Masika. Masika recently had a baby with rapper, Fetty Wap, who Alexis Sky was also dating during the time. Masika has no idea that Alexis flew all the way to Hollywood just to see her.

Things are going real well between Moniece and Fizz. She’s working on her new album, as well as her love life. Moniece has found herself a girlfriend, A.D. and the two have been together for about six months and seem to be in a happy place. Especially because Moniece and Fizz son has a great bond with A.D.

Brooke Valentine was one of the many new members of this seasons cast. Brooke is ready to revive her career and she plans on doing that with her hubby, Marcus Black, who’s an upcoming artist. The newly couple started off as being professional and only about music. But, that didn’t last for too long. Marcus is already throwing marriage in the air, and Brooke seems to be skeptical because he just came out of a divorce. Well, at least she thought he did. When Brooke went to meet with Marcus mom, she dropped a major bomb that Marcus is indeed still married. So there may not be a marriage in the future.

Princess and Ray J will be making their debut appearance on next week’s episode. It seems like the newlyweds are trying to have a baby, but have failed to do so due to personal reasons. We’ll find out what those reasons are during the season. So, be sure to tune into to “Love & Hip Hop Hollywood” every Monday on VH1 at 8 p.m.