Home » Reviews » Will the Boston Celtics be able to overcome the 0-2 hole they’ve fallen into vs. the Bulls? #NBAPlayoffs 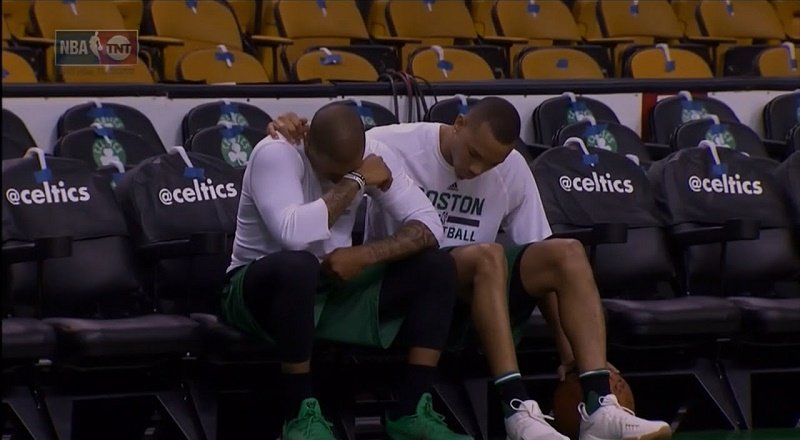 Right now, the Boston Celtics should be at least 1-1, if not up 2-0 against a lucky to be in the playoffs Chicago Bulls team. More important than that, Isaiah Thomas should be on top of the world. But, in the most heartbreaking way ever, life happened to Isaiah Thomas.

Even those who don’t like Isaiah Thomas have to respect him. He was never destined to be an NBA superstar, but he became one anyway. No franchise that depended on him was ever going to win, but the Celtics are the top seed in the East two years after trading for Thomas.

None of that means anything compared to what Isaiah Thomas lost on the day before his team started the playoffs. The man is dealing with the loss of his sister and that sibling bond is something special. Most men, understandably, would have not even bothered suiting up for the playoffs, but Isaiah Thomas is one of a kind, as he played and left it all out there.

It’s admirable that Thomas is going out and playing hard, but his loss is absolutely on his mind, and how could it not be? Everyone feels for Isaiah Thomas and his loss, as the whole world has given their sympathies, but the Chicago Bulls, who managed to squeak by the Heat, Pistons, and Hornets to even make the playoffs, have a clear advantage and they have exploited it. Home court advantage is gone, as the Bulls went up 2-0 on the road, a NBA rarity.

Reality will forever be for Isaiah Thomas, as he now has to lead the Celtics against an energized Bulls team who is going back home up 2-0. Definitely, the Celtics can turn things around and still win, but do they have the emotional energy to make it happen?

More in Reviews
See, the worst thing about the #NBAPlayoffs isn’t even the Hornets underachieving, it’s them and Washington never being consistent enough to be in the playoffs every year
YRS Jerzy’s Wednesday Throwback: Q-Tip – “Vivrant Thing”