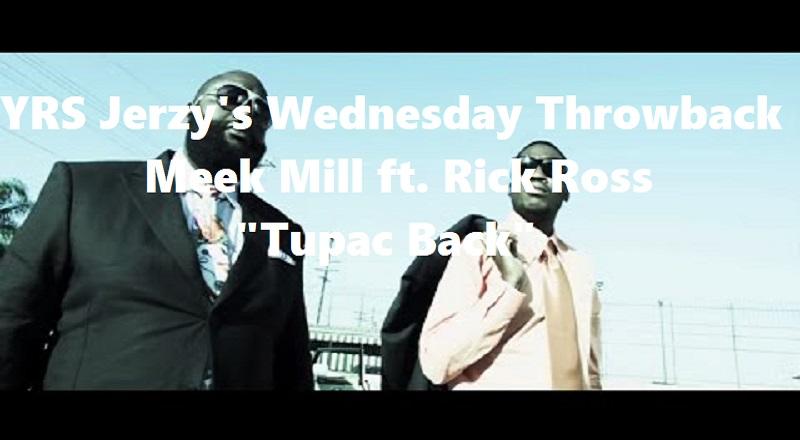 Everybody was sleeping on Rick Ross and, by the time they woke up, he was on everything. Looking back on it, Rick Ross deserved the HHV Artist of the Year, in 2011, over Drake. He didn’t drop an album, but he made Maybach Music into a force, like he said he would.

Rick Ross bragged about possibly signing Wale, which a lot of people didn’t take seriously. Early in 2011, he signed Wale and Meek Mill, at the time, a buzzing Philly mixtape rapper. By the summer, Meek Mill had two of the hottest songs out.

Meek Mill released “Tupac Back,” originally on his Dreamchasers mixtape, but also was the Self Made, Vol. 1 lead single. Since then, Meek Mill has become one of the biggest names in rap, being the favorite, the most-hated, everybody’s joke, and currently in prison, unfairly. In the spirit of #FreeMeekMill, going back to 2011 was necessary for “Tupac Back” as the Wednesday Throwback.