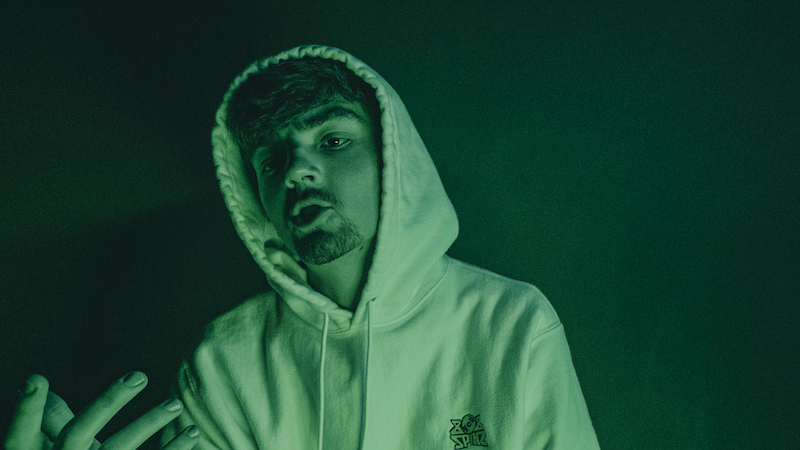 Virginia-hailed beatsmith 808SpinZ recently shared a brand new full-body of work, ‘Love and Transactions.’ The project brings in a wave of new heat – 808SpinZ allows the music to speak for itself as he showcases his growth from his previous releases to now.

Fresh off the heels of his recent single release “DOTS,” producer 808SpinZ followed-up with his full-length album, titled Love and Transactions. The 8-track project is entirely produced by 808SpinZ and features appearances from Paris Bryant, 24Lefteye, KFamouz, Wiardon, and more.

“This project is a bit of a concept album,” 808SpinZ mentions. “The first half is about love for music, the game, people, and more. The interlude, friends. The second half, getting money, hustling, chasing a dream.”

808SpinZ skills revolve around creating trap and hip-hop beats, but he’s versatile in the sense that he also loves to produce R&B and pop as well.

“I create a variety of sounds,” he says. “I draw inspiration from Atlanta, the DMV, and west coast hip hop.”

In the last few years, his passion for music has been noticed and meteorically raised him into the music industry’s higher ups. For example, in 2019 Cinematic Music Groups’ executives and A&Rs flew him and his mother out to make music in their iconic studios. The 20 year-old music craftsman has been able to land beats with Gunna/Shady Babies, Lil Double 0, Goonew, Lil Dude, Xanman, and many more, and this informs his latest project, Love & Transactions.

“I’ve always loved music,” 808SpinZ noted. “It wasn’t until high school that I actually started creating music. Even then I wasn’t creating for money. I was producing solely for the love of music. Towards the end of my junior year of high school, I began receiving interest from labels and bigger artists.”

All while 808SpinZ is creating and collaborating and releasing  still as determined to break new stars out from his city despite getting major placements. He opens up on some of his thoughts and plans as the projects’ release date nears.

“I don’t really chase placements, but I would love a couple mainstream records,” he says. “Other than that, I want to develop artists.”

“I want to go number one with an artist that I helped grow and develop.”

“I am currently working on opening a studio in Nashville,” 808SpinZ says. “I would ultimately like to grow my studio into a record label where I can show young, talented, passionate artists the ropes and give them a platform to succeed.”

Be sure to check out 808SpinZ latest project ‘Love and Transactions’ below. You can also check out the recently released video for DOTS here.