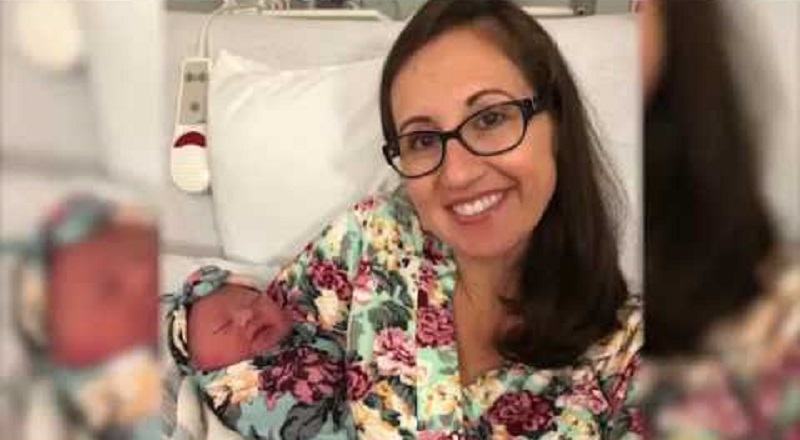 Chick-Fil-A has been undefeated when it comes to customer service, but this Texas Chic-Fil-A just took it to another level.

On Tuesday night, Falon Griffin began intense contractions so she and her husband, Robert, headed to University Hospital.

On the way to the hospital, the couple dropped off their two older daughters with a family friend. They met in the parking lot of the Stone Ridge Chick-Fil-A on U.S. 281 and Evans Road. It was then that Falon Griffin said she had to use the restroom and couldn’t wait.

The Chick-Fil-A was closed, but the couple banged on the door and begged the staff to use the bathroom.

By the time she made it to the bathroom, Baby Gracelyn was ready to make a grand entrance.

Enriquez grabbed towels, yelled for Robert Griffin, and that’s when dad had to deliver.

“I looked at her and said, ‘We’re going to do it right here, right now,'” Robert Griffin said.

A few moments later a healthy baby girl was born. She’s only been on a earth for a few days, and Chic-Fil-A has offered her free food for life and a guaranteed job when she turns 14. Maybe I should try to have a baby in Apple headquarters to see what perks we can get.

Continue Reading
You may also like...
Related Topics:chick-fil-a, tamantha