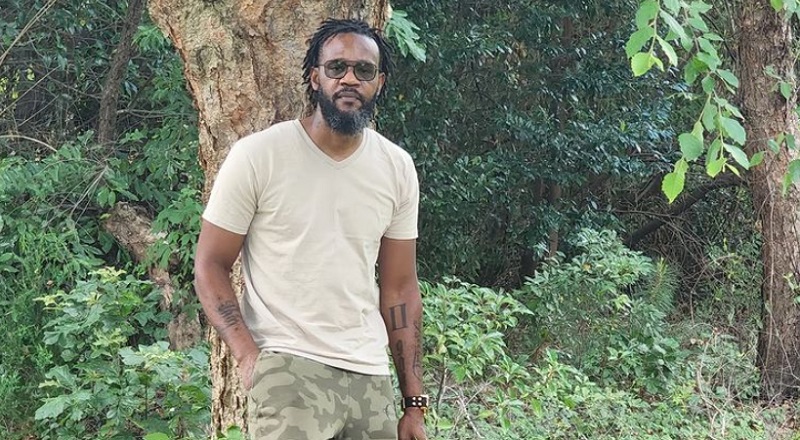 Damion Jones is a native of Jacksonville, Florida. Last year, he released “904,” which is an anthem for his city. Of course, Damion Jones is not the biggest rising star from the city. What Damion Jones is, though, is a musician that is happy for the growth of his city.

Damion Jones recently gave Hip-HopVibe.com an On The Rise interview. During this chat, Damion Jones opened up on what life is like for him, as an independent artist with a regular life. Jones got real with HHV about making music, work, and his home life as a father and a husband.

Why did you first start making music?

I’ll be sincere. I am a musician. Since I was a young child, I’ve had immunity to it. That is where my roots come from—music. Rap to soft rock; all varieties. I embrace it all.

I would be lying if I said I didn’t enjoy Hall & Oates, UGK, and Outkast. I listen to it as well as hearing it. Honestly, I’m like Sydney Dean, who was played by Wesley Snipes, in White Men Can’t Jump.

Can you describe the journey you have taken with your music career?

This journey has taught me a lot about myself, my perseverance, and perspective of this music industry. I have lost a lot. However I have also gained a lot. It’s give or take in this music industry. Still, I wouldn’t trade it for anything. They say what doesn’t kill you, makes you stronger. I know the shit sounds cliché, but it is true.

What are you focusing your time on now?

I’m still doing my music. At the moment, I have taken a hiatus. Currently, I am working, then there is marriage and having two kids. So, it’s a plate full for me, right now. But I manage to juggle it all well. I have a few projects coming out before the year is over with, so be on the lookout for that. But the main thing I have been focusing on is finding peace within oneself.

Where are you from and how does that affect your work?

I am born and raised in Jacksonville, Florida. It used to be called a “Crab Pot,” because back in the day, it was hard to make it out of the city from doing music. It’s not like that anymore though. Such artists as Yungeen Ace, Spottem’, Foolio, Baby Soulja, Nardo, Tokyo Jetz, and the OG, Lil Duval have changed all of that. Man, there is great talent in my city. There are so many, I couldn’t name them all. They have all played a major role in Duval County. Also, major shout out to 69 Boyz for paving the way for us.

Where do you see yourself within the next five years?

I can see myself either being a songwriter for younger artist, or a A&R at a label. I have an ear for talent. As I stated previously, music has always been the Nucleic Acid in my DNA. It’s a part of my lifestyle, it’s the culture.

More in Articles
DJ Reese has become one of Chicago’s biggest DJs and recently did a sold out show at Chicago’s United Center
Ross Taxin Is Releasing All 2022 Starting With “$1,750”