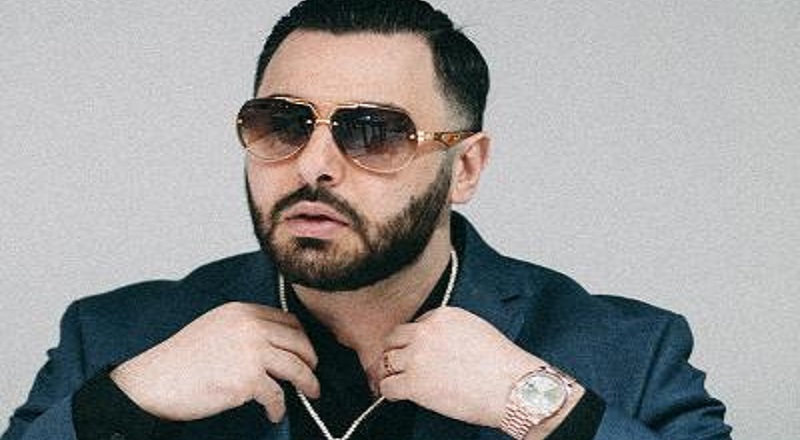 Hip hop is truly a culture and jewelry is a big part of it. As a result, the jewelers are a part of the culture. Danny Aranbayev is the CEO of Jewelz For The Face. This is the new company taking over hip hop. Jewelz For The Face has been worn by 42 Dugg, Fivio Foreign, Ashanti, and others.

Danny Aranbayev is the man behind all of this. According to Danny, he has a hard working team behind him. Above all, Danny says he has his family, which consists of naturally talented people. Thus far, Danny Aranbayev has had the winning formula.

Recently, Danny Aranbayev spoke to Hip-HopVibe.com about Jewelz For The Face.

Danny on selling to 42 Dugg:

Danny, it’s a pleasure to speak with you. So, you did some work with 42 Dugg recently. How was that experience? 42 Dugg was very calm smooth and easy to talk to. He knew exactly what he wanted from the moment he walked in the door.

Dugg is from Detroit and you already know Detroit loves those Cartiers. He copped some White Buffs, which are big in Detroit, but what exactly are 30 pointers? 30 pointers are round, brilliant cut, diamonds and it’s the size of the diamonds that we added on to his buffs. For reference, people mostly get 8-10 pointers, but because he is DUGG he made a statement by getting 3x bigger diamonds.

Danny on his relationship with Fivio Foreign and his personal favorite brands:

The glasses you specifically made for Fivio Foreign, as well, they really stood out with his name on them. That was dope. How did that relationship start for you to become Fivio’s go to guy? One of his boys was my client and highly recommended me to work with him. When we met we hit it off and made some great snowflake lens with Platinum big C cartier glasses

Cartier, Cazal, Gucci and Versace, you have it all. When it comes to taste, what is your personal favorite to wear on a nice NYC sunny day? Cartier’s all day but. But my personal favorites are Maybach, and yes we do sell them.

It was great to see you work with Ashanti and Tory Lanez. That was the release for Tory Lanez classic mixtape, Chixtape 5, and of course Ashanti was on the cover. Can you talk about the experience getting Ashanti fly with the 2000’s theme for the mixtape? It was great, I loved it. It was my first time being behind the scenes for a cover shoot. Ashanti was one of the first celebs that rocked Jewelz For The Face.

Danny on working with Bobby Shmurda:

Your work is very unique, like what you did for Bobby Shmurda, for instance. Those glasses were clean. Working with Bobby had to be fun, as a client he is full of energy. He even used the glasses on the cover for his single “Cartier Lens.” How did you enjoy working with him? I appreciate bobby for using my glasses for the cover of his song. He is a one of kind person full of energy. One of the realest guys in the and is a man of his word.

Can you talk about the Louis Vuitton Billionaires that you made for Virgil Abloh? RIP to him. Didn’t they sell to a private entrepreneur for $50,000? We originally made those glasses to collab with Virgil. Due to his untimely passing, we never showcased them to him. The glasses are the Millionaire frames, which we created a body that fits the frames and weighs 100 grams in gold and 50 carats in diamonds. These are one of the most expensive glasses that we have ever produced so far.

Danny on his favorite hip hop artists and Jewelz For The Face:

You work with many prominent hip hop artists, so on the music side of things, can you name some of the artist that you actually enjoy listening to? Pop Smoke, Bizzy Banks, Rowdy Rebel, Bobby Shmurda, Kodak Black.

Getting into your venture, which launched in 2020, Jewelz For The Face, what separates from everyone else in your industry? The difference is I have an optical and jewelry background and the best family in the game. All work is done in house. No middle men are used for production.

A typical work day in the office is usually…..? How does Danny still balance that with family life? Like my father always said you have to give time for everything. I get in around 10:00 in the morning, after I drop my son at school. Meet my team to go over the inquiries from last night. Then, I check on production for the orders that are being picked up, conceptualize new designs from diamond settings and lenses, and then meet with clients.

The long term vision is too soon launch your own eyewear design. How far away are we from that happening? Within the next 12 months.

Danny on how to contact him and find his store:

Let the people know how they can find you and where your store is located. You can find us on social media @jewelzfortheface and schedule an appointment. We are a private invite only showroom.

More in Articles
Hip-HopVibe.com partners with “Sonic The Hedgehog 2” movie for giveaways in select cities
Honeybee Herb is becoming a leader in the smoking industry, with their accessories