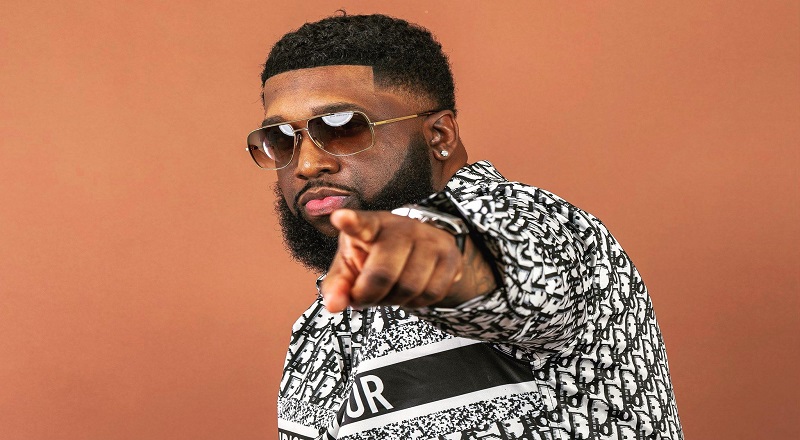 DJ Spontane is a legend on the Philadelphia hip hop scene. In actuality, Spontane is one of the gatekeepers of the Philly scene. Through his career, Spontane has helped open doors for all kinds of people. Currently, Spontane is more focused on his own endeavors. As a result, Spontane’s clothing line will be more at the forefront.

DJ Spontane is experienced in the game. While he has put on for Philly, Spontane also made a name for himself outside of the city. As a DJ, Spontane has gone on tours with some of music’s biggest names. In his career, Spontane has toured with the likes of Eminem and Lil Wayne. With that being said, Spontane works with all kinds of artists.

DJ Spontane recently took the time to speak to Hip-HopVibe.com about his career. While Spontane is just getting started, he shared a bit of his history. In turn, he put people on to some hip hop facts. Along with the music, Spontane has done a bit of acting. During the interview, Spontane revealed he appeared in 2 Fast, 2 Furious. That said, Spontane has also had the chance to be around Vin Diesel, Paul Walker, and Tyrese.

You are one of the top DJs in Philly, how did you build your name?

I built my name through hard work, consistency, a willingness to keep learning, and just trying to be involved in as many opportunities as I could. As a result, my name was built.

What separates you from many DJs in the city, let alone the tristate?

I am much more than a DJ. In 2019, I made history being the first African American to be a host on a major Latin radio station, LA Mega 105.7FM. They have over 2.3 million listeners. I have been cast in TV shows, videos, and movies, one being 2 Fast 2 Furious. In addition, I have been on tour with names such as Lil Wayne and Eminem. Also, I have my very own “Sneakerhead” jersey that dropped this summer designed by myself. I also write and produce music for myself and others. A lot of other DJs play a set of Latin music, I could play it the entire night. My versatility is unmatched.

DJ Spontane on music and fashion:

You have a long history and it’s good to see you dropping music soon and the clothing line is out, 2022 has been a great year so far, what keeps you pushing?

Music is literally who and what I am. I constantly have music in my head I want to produce, beats I want to turn into songs, fashion ideas, there is SO MUCH I WANT TO DO! I come from a musical family, it’s in my blood, and I want to leave my mark on this world so when I am gone, I will be remembered.

What do you think is needed next for the Philly hip hop scene for it to have more impact like other cities?

As of right now I think we’re doing ok. I think more interaction between the artist and the DJs in the city must happen.

DJ Spontane on having a solid team and closing out 2022:

You have a solid team, which makes business easier, talk about the importance of it.

I believe in order to be successful everyone needs a solid team. One person cannot do it all.
It takes a village to raise a child, it takes a team to make the dream work. After all, how else can anything grow?

With four months left in the year how will DJ Spontane close out 2022?

I will close out 2022 by releasing music, putting out more clothing in my clothing line, continuing to build my brand, and spending time with my family.

More in Articles
Kiing Spiider is making his name as hip hop’s first true stuntman | HHV On The Rise Artist of the Week
Retro 23 returns with his new single, “Girlfriend”