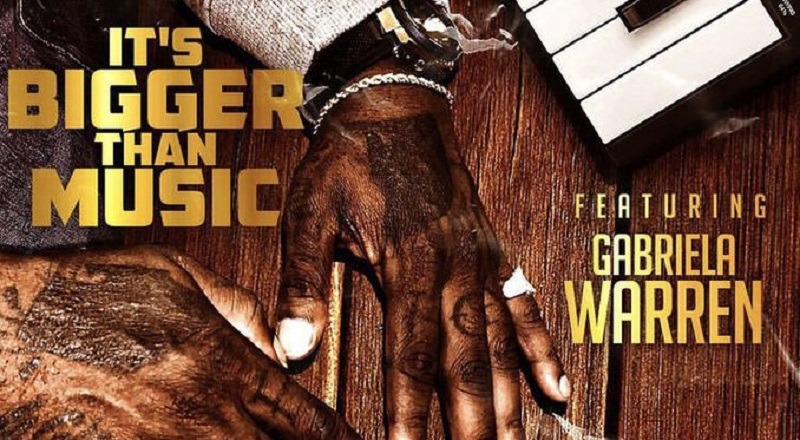 DJ Symphony is not only a hip hop legend, but he gets overlooked as a mogul in hip hop. While Symphony has made himself known as a high profile DJ for several Wu-Tang Clan members, his own business accolades need more highlights. Through the years, Symphony has had ownership in radio and distribution. Nearly a decade before it was popular, DJ Symphony was into streaming.

DJ Symphony created avenues for independent artists, well over a decade ago. As a result, many artists were able to make a profit from their music. In addition, Symphony also found time to put together his own projects. Currently, he is in artist mode. Recently, DJ Symphony released a new single for the masses. One thing about it, Symphony is always going to use his platform to help the next person.

DJ Symphony is currently in the middle of promoting his new single, “It’s Bigger Than Music.” The song features Gabriela Warren. With Warren, Symphony follows his trend of opening the door for a rising talent. A singer, songwriter, and a poet, Gabriela Warren has a lot of things on her plate. After her collaboration with DJ Symphony, she can add a music collaboration with one of hip hop’s legends.

Listen to “It’s Bigger Than Music” by DJ Symphony here.

Continue Reading
You may also like...
Related Topics:dj symphony, featured, it's bigger than music, wu-tang clan