Home » Articles » Ex-Fiancé to Mother of Missing Maleah Davis Arrested and Charged With Tampering With a Corpse; Her Blood Found in His Apartment After He Claimed She Was Abducted 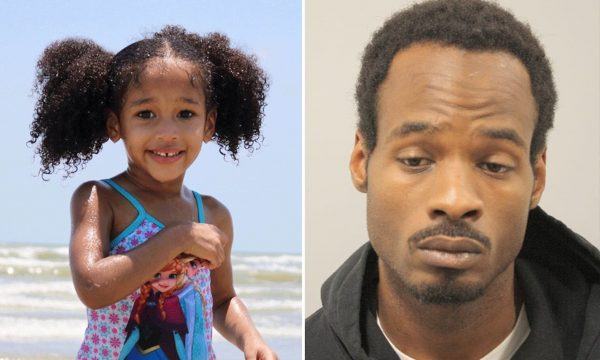 We have been praying for the best in the case of missing 4-year-old Maleah Davis, but it seems like things are not looking so good.

Via The Daily Mail:

The stepfather of missing four-year-old Maleah Davis has been arrested and charged with ‘tampering with a corpse’ in connection with her disappearance, eight days after he told police she was ‘abducted by three men’.

Darion Vence, 26, was taken into custody Saturday under a charge of ‘tampering with evidence, namely a corpse’.

Police have not confirmed whether the little girl has died but investigators do not think Maleah is still alive, ABC13 reports.

She was last seen on April 30 on security footage in her family’s apartment complex, where blood evidence linked to Maleah was reportedly found.

The girl’s mother has also accused her ex-fiance Vence, the last person to see the girl, of being abusive and said he was suspiciously cleaning the family’s apartment with bleach on the morning of her disappearance.

A surveillance photo shows a man identified as Vence leaving the family’s apartment with a laundry basket and black garbage bag inside.

Police now say that laundry basket and a gas can were found in the trunk of a vehicle reported stolen by Vence.

Stories like this just break my heart. Men like him need to rot under the jail. They still have hope that she could be alive. A body has not been found as of yet. Prayers with Maleah’s family during this tough time.