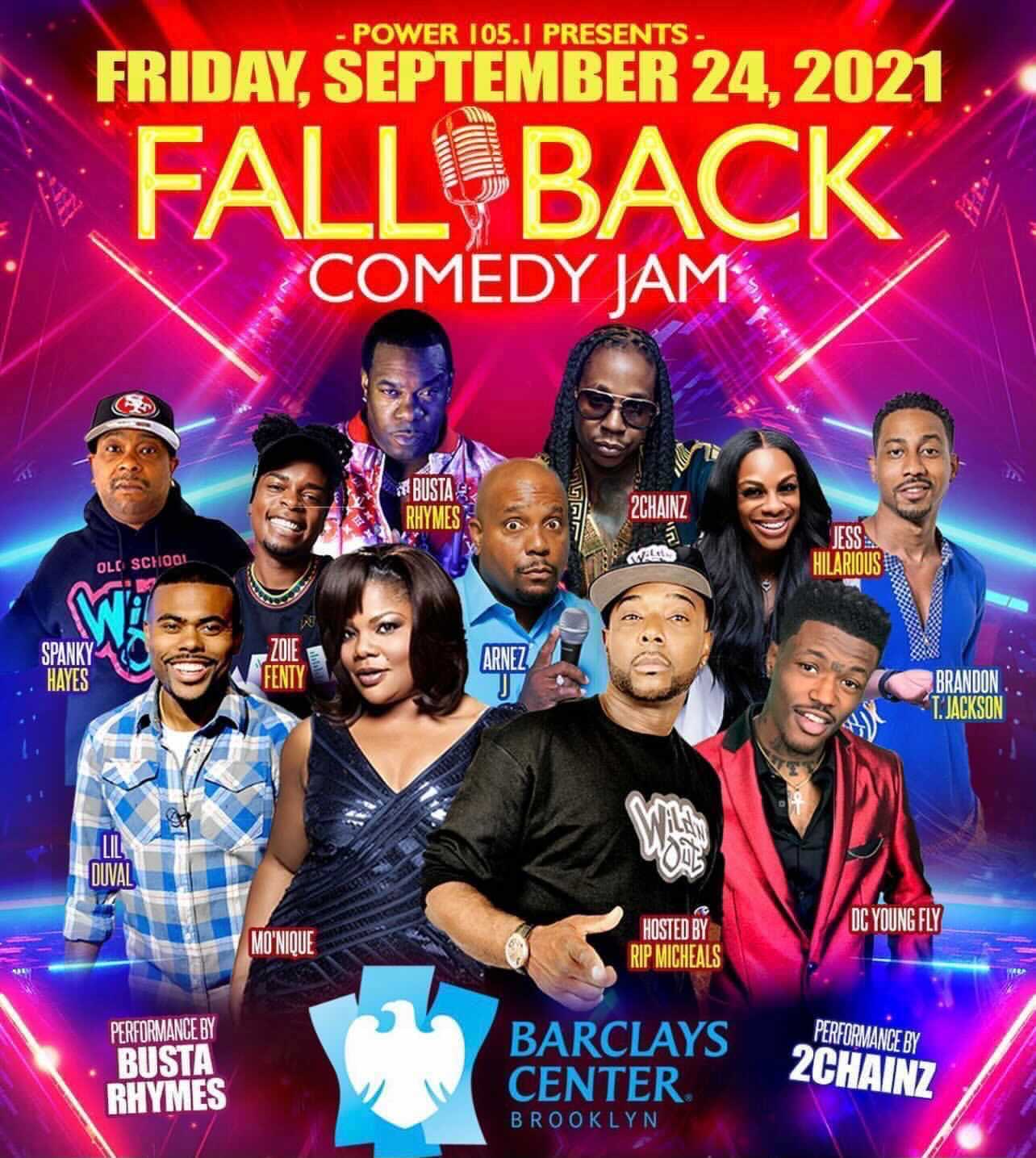 After all the chaos our nation has experienced we deserve a chance to kick back and have a good laugh.  Hood Royalty Comedy in association with Power 105.1 is returning to NYC and D.C for The Fall Back Comedy Jam. The star-packed comedy show formally known as the “April Fools Comedy Jam” was postponed due to the COVID -19 Pandemic.

The second show will take place on September 25, at the Capital One Arena in Washington D.C

Rapper’s Busta Rhymes and 2 Chainz will perform at both of the highly anticipated shows.