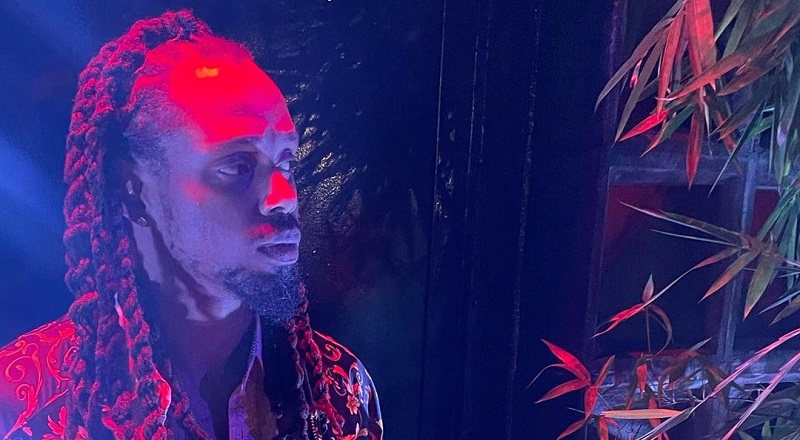 In Florida, there are always artists emerging. Feebo Da God is buzzing, right now. Recently, Feebo Da God released his single, “Notice Me,” with Aliza Jane. She is the popular IG model, who made the claims about the Phoenix Suns, a couple of years ago.

Feebo Da God is enjoying his viral success, as of late. He has a song out with one of the biggest IG models in the game. Even more incredibly, Feebo Da God wasn’t even aware of who Aliza Jane was. The two have a viral hit on their hands.

Recently, Feebo Da God took the time out to speak to Hip-HopVibe.com for an On The Rise interview. He discussed his origins in the game and what it’s like on the Florida hip hop scene. Of course, Feebo Da God also explained how his collaboration with Aliza Jane came to life.

Feebo Da God on his origins:

You’re a Florida boy and Florida is making a lot of moves right now, especially these past few years, what’s next up? Basically put out more content, staying consistent and continue grinding and putting on for Florida.

Why is Florida obsessed with those Wick hairstyles? When that did become popular? Honestly, we been sporting dreadlocks since forever, but the new style that you see started in South Florida, specifically Miami-Dade County, Broward, and Palm Beach County. A lot of these jits really making that style of locs popular. Only thing I don’t like about it is the gimmicky acts who exploit it.

Where does the name Feebo Da God come from? Interesting story. So, back in my high school days, I was addressed by my last name by people I was rocking with and it changed to Feezy. That’s when Lil Wayne was dropping them mixtapes and referred to himself as “Weezy Baby.” So I adopted that and called myself Feezy.

Fast forward to my college years in Gainesville, that’s when Feebo came about. My brother from another told me if I was 6 foot 6, 275 I would be like a Deebo from the movie Friday, due to me talking aggressively and always having a stone cold look to my face. I never knew I spoke so aggressively. So that stuck with me, but as I got older and gained knowledge of self, who I was, and how this world is, I attached God to my name. So that’s how the name Feebo Da God came about.

You were working with Aliza Jane as well talking about that situation? Yeah, that was a random meeting. I was in the studio with one of my producers, JohhnyG, who is also the one who made the “Notice Me” beat that features her. So we locked in the studio knocking out hooks and beats that I’m working on for my upcoming project, Better Than The Best, so some homies came to the studio with some females and she was one of them.

She came in the session and made her presence felt. Very charismatic, honest and open, saying some of the most random stuff. Wanted to play her music and stuff and I was like wait cause we working on my shit for this session. So we introduced ourselves, and she started playing music that she was working on and I was impressed because she didn’t look like someone who does music, and someone who can really sing.

Feebo Da God on Notice Me:

Fast forward to when I was laying down the “Notice Me” reference, she was singing along with me, while I was in the booth, but the homies peeped she sound perfect for the hook. So the walked in the booth and dragged me out and said Feebo, let Aliza do this for you, watch this, and when she went into the booth and laid down her vocals. I was sold that this is who I’m going to get to do this track. At that time, I only had the hook for that song but I ended up writing the whole track for her to put vocals on it to bless my track.

She has a lot of controversy too? Yeah, she does. Mind you, I had no clue who she was, never even heard of her. She said ‘I’m famous baby you don’t know who I am?’ I responded to her “naw, who are you? Because I don’t know who you supposed to be or what you done to get famous.” So I did my research and was like oh this the chick who went viral on the No Jumper podcast for telling the Phoenix Suns basketball team fiasco story. That’s the homie though, nothing but love and respect on my end to her.

Feebo Da God on the future:

What’s your plans going into 2022? Big plans. I will be heavily promoting and marketing the Notice Me track that features Aliza Jane. I have too much confidence in that record to let it get lost in the shuffle. We are definitely doing the Notice Me music video, I have to drop that it will only be right. I do have more music that I wrote that will be released.

I have this record I wrote and produced for all the hustlers’ called “Chewing” it features my homies RT2 and Cuzin Ryan, beat made by MookGotTheKeysJumping, that will be dropping this year. There are solo tracks I also have that I will also be releasing that’s going to be another EP called, Damn, Feebo You Wrote That?! and my compilation album I’m putting together with artists I find dope and talented called Better Than The Best I’m coming after the one who say, we the best.

That project will only consist of me writing the hooks and having the artist provide their verse. Besides the music, have a few other things in the process of being created. I’m going to be dropping some merch with the brand name I have in mind. Will be getting into creating sketch comedy, and dropping films that I wrote. So this upcoming year will be a busy one for me.

The internet has changed the game, how will you utilize this going forward? For sure to market and promote my projects that I plan to release. Cause some ruckus, utilize social media to push my projects, and make the name Feebo Da God a household name.

Can you let the people know where they can follow you on social media? You can follow me on IG @Feebo_da_god, twitter @FeeboG and I’m here to make my presence known. So get familiar.