Home » Articles » GWOOD is a North Carolina legend, who has done events with the likes of French Montana, Rickey Smiley, 2 Chainz, Trina, Bernice Burgos, and more, and has become a leading businessman, recently opening Legacy Lounge, in Ayden, NC 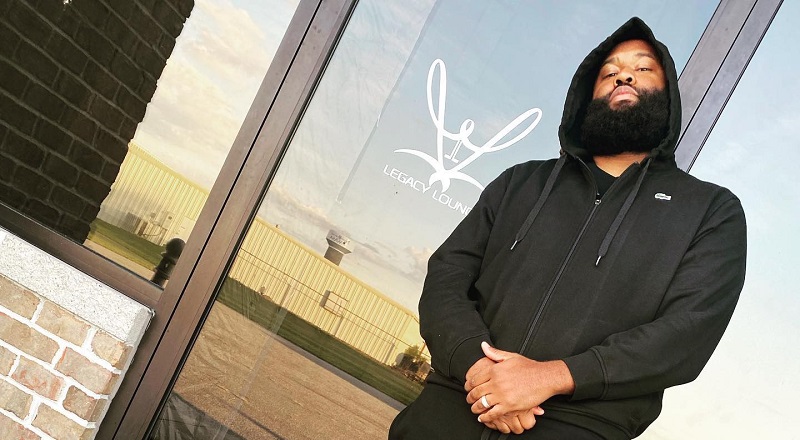 Being successful, in business, is all about reputation. A good name goes a long way and when the name, “GWOOD,” comes up, in Eastern North Carolina, “legend” is a word often used. Those who know him know the deal.

GWOOD began his business career, when he was still a child. His beginnings were watching his great-grandmother run her “liquor house,” as he was influenced by athletes and hustlers. The hustle was in his blood, so GWOOD did it.

Early hustles for GWOOD were right at school, as he’d sell candy, led pencils, or anything else kids thought were cool. It was what he learned from his great-grandmother that helped him turn an early profit. However, it was his own popularity, among peers, which made him a legend.

As he got older, GWOOD began throwing parties, while in high school. This was when the legend was born, as he used to book out the local hotel, until the management caught wind of his antics, and shut him down. Well-known as a popular basketball star, GWOOD discovered his love for bringing people together, and this is when it was all born, from him.

Soon, GWOOD began doing events in nearby Grifton, North Carolina, and his first event saw a packed out crowd of 100 people, so big that another 100 people were turned away. This opened the doors for him to begin doing all kinds of parties, concerts, comedy specials, CIAA events, and more. The expansion of the parties would see French Montana, 2 Chainz, Rickey Smiley, Trina, Ginuwine, Dru Hill, Jagged Edge, Bernice Burgos, Tami Roman, and many others begin headlining his events.

After becoming one of the top celebrity promoters, GWOOD shifted his focus to ownership. That shift in focus led GWOOD to focus on his home, Ayden, North Carolina. This is where he opened his club, Legacy Lounge, where he is going to continue doing his event promotions, but in his own establishment, where GWOOD will see his own legacy continue.

More in Articles
Riicky Spanish is well-known as a model and esthetician, and is hosting Cognac Gunna’s “Battle of the Bands” tomorrow, but she is also a businesswoman, owning Devine Oasis
RAE returns with the release of her single, “Gas,” just in time for Spring Break