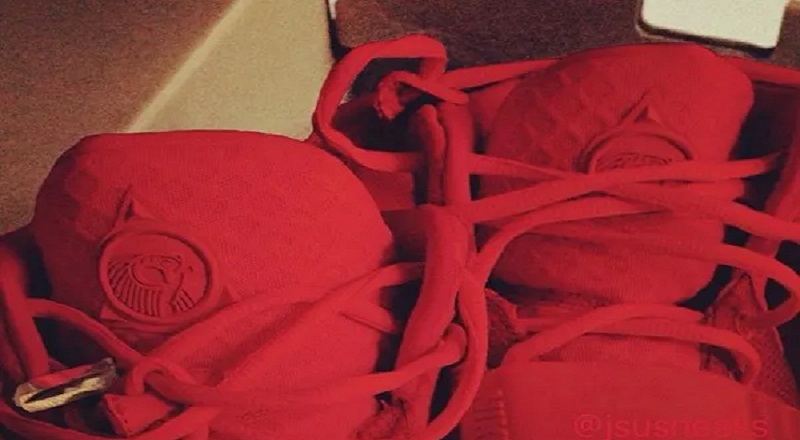 This may be a little vain, but walking down the streets in wack shoes is one of the fastest ways to end a rising hip hop career. Sure, the focus has shifted away from the expensive clothes into “being yourself,” but style is style. Over the past couple years, one of the leading sneakers has been the Nike Air Yeezys.

The Air Yeezy, as the title pretty much says, is the sneaker line from Kanye West. Each year, the shoe brand rises in popularity. In 2010, T.I. shouts them out on his viral single, “That’s All She Wrote” with Eminem. Last year, Kanye West boasted about the Yeezy sneakers’ success on “New God Flow” with Pusha T. He said they jumped over the Jumpman.

Yesterday, the “Red” edition of the Nike Air Yeezy 2 hit the internet via Instagram. The new shoes are dope and first made their debut when Kanye West rocked them on “Saturday Night Live.” Now, the official version of the sneakers of the shoe have leaked to the internet with the official retail shoes hitting stores later this year. It looks like Kanye West may have a future as a sneaker designer with Nike.