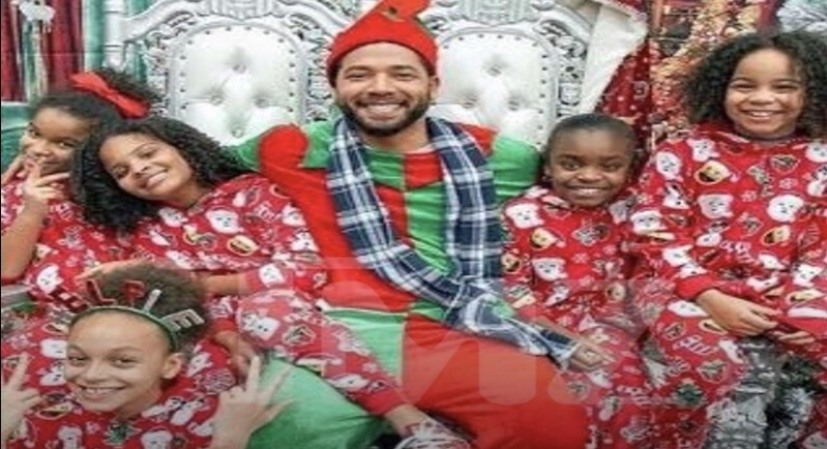 ‘Empire’ star Jussie Smollett had a rocky 2019 for himself as he got caught up in a scandal at the beginning of the year as he was supposedly attacked by two white supremacists in Chicago. It turned out that Smollett supposedly staged the whole incident and the city is suing him for the money they spent on his case. Smollett was originally facing 1-3 years in prison on 16 felony counts but his charges were suddenly dropped.

Smollett has since been focusing on himself and is giving back during the holidays as he always has as this time, he recently paid a visit to a Flint, MI elementary school. According to TMZ, Smollett was with environmental activist, Mari Copeny. At this school, backpacks and toys were handed out.

Another good deed by Smollett at this school is that he donated $10,000 to the Flint KIDS program. In 2018, he donated $125k to charities which included Flint KIDS and the Black AIDS Institute. Big salute to Smollett for continuing to make a positive difference in people’s lives during the holidays.

Check out photos from Smollett’s appearance at the school below, courtesy of TMZ.

More in Articles
Dr. Dre Tops Forbes’ List of Highest Paid Musicians of The Decade; Taylor Swift and Beyoncé Join Top Three
Kanye West and Kim Kardashian Give Their 6-Year-Old Daughter, North, a $65,000 Jacket From an Auction That Michael Jackson Wore in 1997 and Social Media Loses Their Minds; They Think North Should Get Kids Gifts Instead and Doesn’t Know Who MJ Is [VIDEO]