Home » Articles » #JusticeForNiaWilson: 18-Year-Old Stabbed to Death on BART by White Supremacist Who Is Still At Large 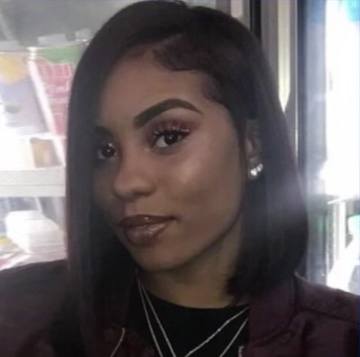 18-year-old, Nia Wilson, and her sister were stabbed on the BART train system in Oakland, California. The suspect, an alleged white supremacist, John Cowell, is still at large.

According to The Root:

Police are searching for a suspect in the brutal slaying of a black teen Sunday at the MacArthur BART station in Oakland, Calif. Authorities say 18-year-old Nia Wilson died after her throat was slit by the man, who was identified this afternoon as 20-year-old John Cowell. Her sister, who was also stabbed, survived the attack.

Cowell is not yet in custody. BART released an image of him Monday afternoon via their Twitter account, calling for the public to help find him.

Police say Cowell approached the two sisters on the train platform at 9:45 p.m. Sunday night, shortly after they had disembarked. Authorities say the attack appears to be random.

The suspect is armed and dangerous and anyone that knows where he is should call police immediately. It’s sad that we can’t even take public transportation without the chance of being murdered for no reason at all. Prayers to Nia’s family and her sister who is still recovering from her injuries on the hospital.

If you are from the Bay Area, and you have a large social media platform, PLEASE USE IT to help spread the image of John Lee Cowell, the man responsible for murdering 18-year old #NiaWilson. Your social media following may help people find this murderer. pic.twitter.com/WhfaQ7rxIp

More in Articles
Deray Davis Wants No Parts of This 50/Floyd Beef, Telling Us “Don’t Put My Name in Sh*t“
After Iggy Azalea Posts New Twerk Video, Swaggy P Tweets “I’m Sorry I Turn You Into That”