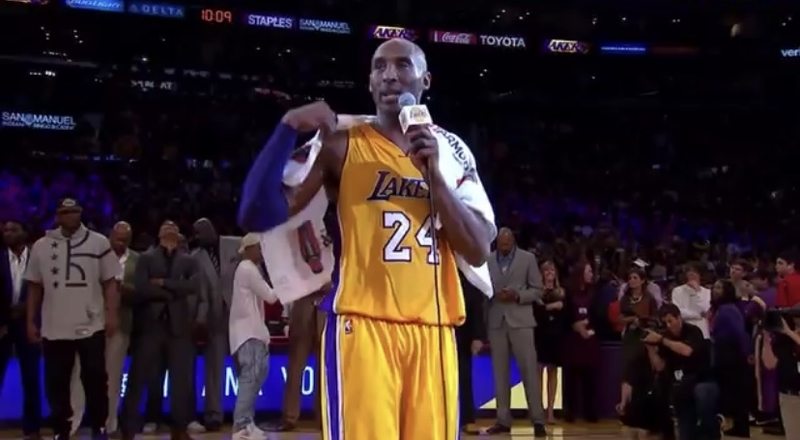 It’s been two days since the world tragically lost Kobe Bryant in a helicopter crash in Calabasas, CA that also took the life of his 13-year-old daughter Gianna and seven others. Bryant was only 41 at the time and was known as one of the best NBA players ever as he won five championships, an MVP award, two NBA Finals MVPs, an 18x all-star, 2x Olympic Gold Medalist, 11x All-NBA, and more.

As the world continues to grieve heavily, the conversation now is where Bryant’s memorial service may take place at. The first possibility that comes to mind is the STAPLES Center, since it’s where he played all 20 seasons with the Lakers. The venue holds 20,000 people but that simply isn’t enough, according to TMZ.

The LA Memorial Coliseum may be where the funeral ends up at as it holds 80,000 people. This is also home to the USC Trojans football team. The Rose Bowl is also a popular choice as it can bring in 91,000 people but Pasadena is almost half an hour away. Arrangements reportedly may take a while to be set up though due to the Bryant family understandably mourning this shocking loss. As far as Gianna, these plans are also unclear.

The world really did lose a legend on and off the court. We’ll all miss the Black Mamba forever.