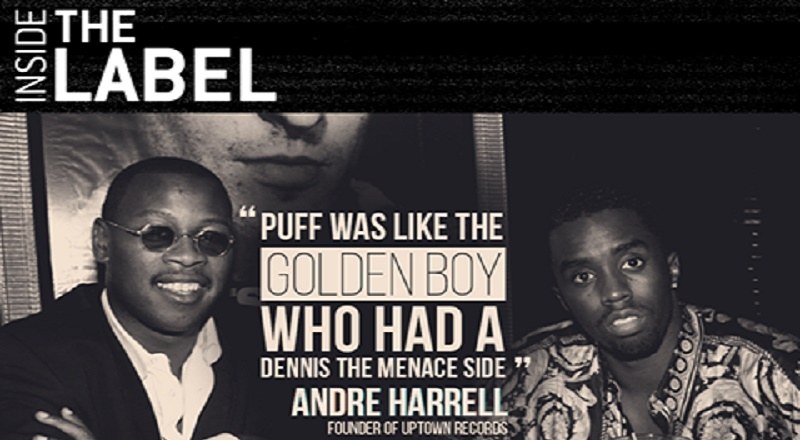 At a time when many continue to discredit hip hop, the culture continues winning. Many things hip hop-related are taken as a joke, due to the number of people trying to make it. That, plus what passes as a hit changed the game.

Nostalgia is at an all-time high and this is allowing hip hop to relive its glory days. Being a leader in urban entertainment, BET has gotten into the game with “Inside The Label.” They launched the series in the biggest way possible, chronicling Uptown Records’ life and death.

Andre Harrell is living proof of dreams coming true and a testament to patience. Had things gone how Harrell originally wanted them to, he would’ve been a rap star. That dream was deferred and Harrell would be responsible for New Jack Swing becoming popular, giving Michael Jackson a comeback, indirectly, giving Puff a start, and creating “New York Undercover.”

Uptown Records did more than what they receive credit for and, no doubt, Andre Harrell’s “Breakfast Club” interview led to BET doing this episode. In an instant-messaging lifestyle, many things that happened fall to the wayside and are easily forgotten. Following Uptown Records, came Bad Boy, Roc-A-Fella, Murder Inc., DTP, and many others, so Andre Harrell’s movement was easily lost in the shuffle.

Yes, there is a deep history of Uptown Records, but many documentaries and films still end up being botched. But, to the credit of BET, they made sure their Uptown Records piece was done right. With the exception of Heavy D, almost every former Uptown artist and contributor was involved in the documentary piece and, of course, Andre Harrell, himself.

Much credit goes to BET for getting the elusive Jay Z to provide commentary. But, the biggest win of all may have been them having Charlamagne Tha God as the narrator of the show. Likely, Charlamagne is the narrator of each show, but having him is the perfect blend of the old generation and the current generation, even though he came up in the previous era.

In this microwave era, few things have replay value, but “Inside The Label: Uptown Records” does, which counts for something. If it counts for anything, this broadcast is Hip Hop Vibe-approved.