Home » Articles » Should Kanye Just Stick to Fashion from Here on Out? 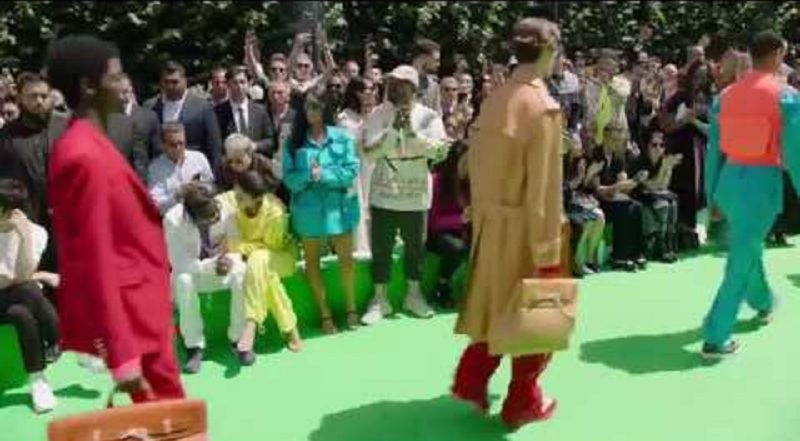 Kanye West is a well-known artist that has already won 21 Grammys, with just under 70 nominations!

He has always been known as a hip-hop artist but has recently told fans that he will only pursue gospel music from here on out.

With the latest album being released, new tension has occurred and fans are unsure of their feelings.

Scroll down to learn more about why Kanye West should just focus on his fashion career, rather than changing music genres altogether.

No Longer the King of Music

Kanye West has shown his talent with music, however, many people feel that he has accomplished all that he can in the industry. Some think that he should move on.

It is important to note the success that Kanye did leave behind in the music industry, though. With over 20 Grammys, Yeezy has impressed people with his rap music and hip-hop talent.

West’s new album, “Jesus is King” already has over 195 million streams. The album was released on October 25, 2019, and soared to the top of the charts quickly.

The real question, however, is what direction is Kanye heading in?

He recently stated, with the release of “Jesus is King,” that he no longer will be swearing in his albums. He wants to focus on gospel music and religion.

If you enjoy gospel and Kayne West, you may be happy about this change and look forward to albums in the future.

His wife, Kim Kardashian West appears to fully support Kanye’s music transition and is inspired by his faith. Kanye is trying to make a statement and show the importance of religion through his music.

A Fashion Future from Here on Out

If Kanye only pursued fashion from here on out, he may see more success in his future.

One of the biggest and newest partners with Kanye is Adidas. Yeezy and Adidas have recently teamed up to make a signature shoe collection inspired by Kanye.

There have already been rumors going around about Kanye leaving the music industry to focus on fashion. It appears that this could be happening with the new partnership.

Kanye has been in the fashion industry for longer than most people realize. In 2011 he launched his clothing line for Paris Fashion Week. Unfortunately, the brand did not last for long.

Many people are hoping to see a return from Yeezy, but not from his music career.

Kanye should consider sticking with fashion from here on out, to gain a new following and to display his other talents.

Besides music and fashion, Kanye has been known for speaking his mind and making controversial statements.

After a feud with Taylor Swift years back, Kanye lost many fans. People were unhappy with him and felt that he was trying to take credit for Swift’s success.

Kanye also has a long history of upsetting people with his music. His past albums have all had explicit language and brought up sensitive subjects. Some people feel as if Kanye is trying to portray himself as a god and his new album only supports these opinions.

Although West has been openly supporting Trump and even wearing campaigning hats, he does not agree with all of Trump’s decisions. One of the good things about Kanye is that he is consistent and true to himself.

Many people think that it is ignorance, but many others support Kanye and are excited about his future career.

What Do You Think?

Now that you are fully caught up on Kanye and his music career, it is time to form your own opinion.

Even if you don’t support everything that West pursues, such as the president or genre of music, he is still a legend. He has always put his heart and soul into his music and can continue to do so in a gospel genre.

Much of Kanye’s music already has a religious inspiration and has even caused controversy.

At the end of the day, most people either love or hate West. He is a bold celebrity that is not afraid to speak his mind. Kanye continues to express his beliefs and has seen fluctuations in his support from fans.

So now it’s up to you. What do you think about Kanye changing music genres? Do you think that he should stick with the fashion industry as well?

He Did Some Things, but That’s the Old Him

Kanye West is a legend in the music industry.

But, with recent genre changes, many people think that he should focus just on fashion from here on out.

Kanye West has always been known for his rap and hip-hop music. With the release of his newest album, however, he said he wants to only do gospel music. This is a drastic change compared to his previous work and fans are unsure.

Outside of his music career, Kanye is also known for creating his fashion brand. He partnered with Adidas and they are now selling Yeezy shoes.

If you are bummed about Kanye’s music transition, there is still much to enjoy from this artist. Although West has not publicly stated that he will be exclusively pursuing fashion, fans hope that his new partner is a step in the right direction.

Be sure to check out our blog for more articles on entertainment news and hip-hop music!