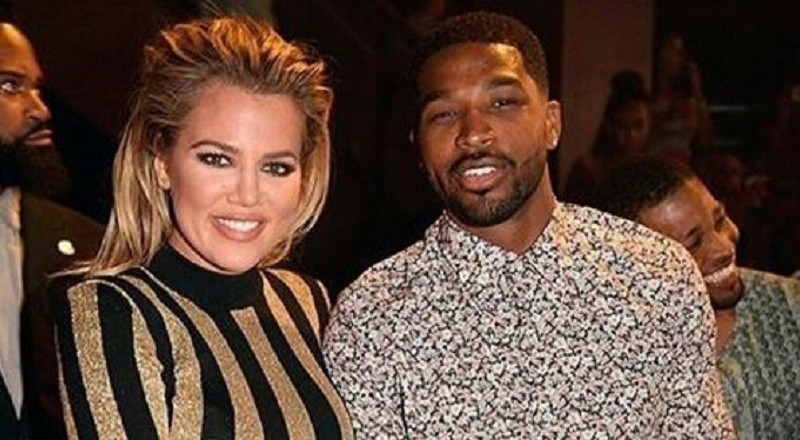 Tristan Thompson just can’t seem to get it right. Just months after his explosive cheating scandal surfaced, he is seen leaving the club with his entourage and two female companions.

The NBA player – who was accused of cheating on his then pregnant girlfriend Khloe Kardashian earlier this year – was filmed entering a Hollywood nightclub with his impressive entourage.

When the athlete emerged two hours later, however, it appeared his crew had grown by two, as two pretty brunettes exited the club just ahead.

An unidentified person could be heard telling the women to ‘wait right there’ and they stood awkwardly facing a wall, waiting for the 27-year-old professional basketball player to exit the Hollywood, California club.

Tristan, who shares five-month-old daughter True with girlfriend Khloe Kardashian, then entered his vehicle along with other members of his group and closed his door.

Neither of brunettes were seen entering the same SUV as Khloe Kardashian’s beau, but they did follow other members of his entourage in the direction of another vehicle.

Even if the women were for your friends, why are you even putting yourself in this position, again. Meanwhile, Khloe was at home making Snapchat videos with Baby True. Smh.