Home » Articles » Summer Walker Fan Expresses Disappointment in Meet and Greet; Says Walker Made it Last Minute After Her Show, Didn’t Speak to Fans and They Weren’t Allowed To Be Close To Her [PHOTO] 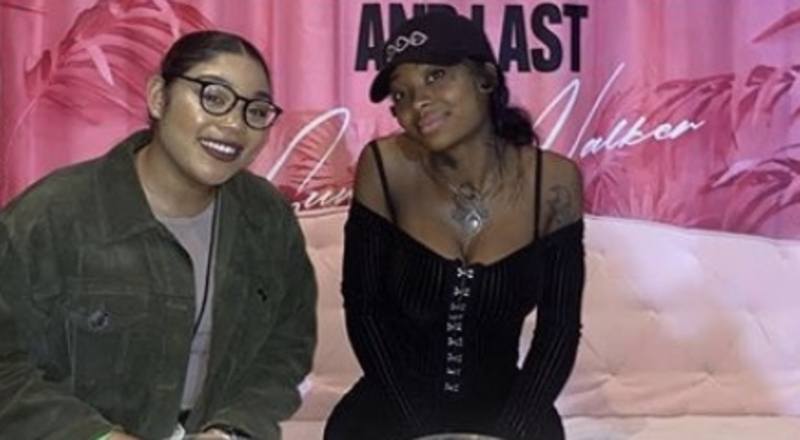 Since September, Summer Walker has constantly made headlines. That month, she released her debut studio album “Over It” which has met the approval of many of her fans and of R&B in general. In October, she had social media on fire as she said she doesn’t like showering and washes herself in a bowl instead. She also broke up with her boyfriend and producer, London On Da Track, but got back with him the following day while she was actually performing in London.

Walker has also vented on Twitter saying that people don’t deserve her as she cracked under the pressure of fame. She said “f*ck the interviews, photo shoots, videos, and shows.” She hinted at an early retirement as she said she will finish this tour though. Fans have been showing displeasure of her shows anyway as a lack of effort was cited at the Mala Luna Festival in San Antonio and at the Day N Vegas festival in Las Vegas.

One woman is voicing her disappointment in the meet and greet process of Walker’s “The First and Last Tour” as well. She took to her own Instagram page to express how excited she was to meet Walker but left very unhappy. She says that the meet and greet was pushed back last minute to after Walker’s show and it was literally five seconds for everyone.

The fan went on to say that people were ordered not to sit too close to Walker or touch her. Walker supposedly barely spoke to anyone and she put in no effort into interacting with fans. As of now, the woman is no longer a fan of Walker’s.

Yes, Walker has expressed that she has anxiety and an introvert but fans need their money’s worth, especially for paying for meet and greets. Many of these people are huge fans of these artists and deserve to have a good experience. Walker just seems like she’s not fit for the music industry. Check out the fan’s disappointing post below.
https://www.instagram.com/p/B4k0LHbgol9/?utm_source=ig_web_copy_link

Continue Reading
You may also like...
Related Topics:summer walker, The First and Last Tour