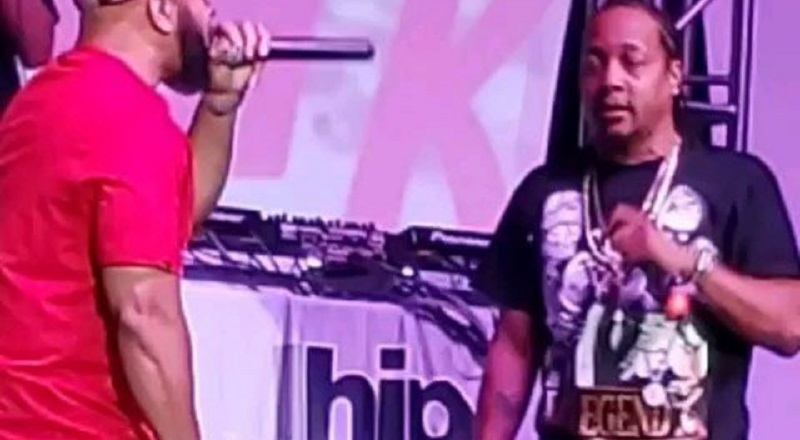 Calling all hip-hop fans of Ohio! Here’s one concert you don’t want to miss. Featuring legendary artists like E-40, Mystikal, Scarface, 8Ball & MJG, Too Short, Bun B and Pastor Troy, the Legends of Hip Hop will take place at the Wolstein Center at Cleveland State University at 8 pm on Saturday, October 5th, 2019. Cleveland is the concert’s second stop on a seven concert tour this October and November. It should be lit!

This concert will be similar to the Legends of Hip Hop show brought to the Wolstein Center back in March of 2018, which featured Too Short, Juvenile, Scarface, DJ Quik, 8Ball & MJG, and Project Pat. If you missed out on that event, you certainly won’t want to miss it the second time around!

General tickets went on sale on July 3rd, but fans can still get tickets through the Wolstein Center box office (or by phone at 1-888-324-5849) for as low as $62. Higher-end tickets on the floor next to the stage are going for $128. There’s also currently a Groupon deal for the concert tickets, but act fast as it’s soon to expire!

Keep in mind before the concert that several items are prohibited by the Wolstein Center, including food and beverages, selfie sticks, glow sticks, large bags, and professional cameras. Smoking is also not allowed in the venue, and concert-goers will be subject to a light pat-down search before entering.

Official Wolstein Center parking for the event can be found at the South Garage, but there will also be a host of other private and street parking options available, including limited metered parking on Carnegie Avenue and Prospect Avenue. Reserved private parking specific for Legends of Hip Hop can be purchased for as low as $5 online.

If driving isn’t your thing, safe and simple public transportation to and from the concert will flow through the Stephanie Tubbs Jones Transit Center at 2110 Prospect Ave. RTA (Regional Transit Authority) routes 11, 246, 251 and 263 run through this center, providing transit to Buckeye Road, Westlake, Strongsville, and North Olmsted, respectively.

If you live outside Cleveland or want an easier route to and from the concert, staying at a hotel in Cleveland is a great option, and there are plenty of options to choose from near the Wolstein Center. The Hyatt Regency Cleveland, for example, is a short walk away from the concert venue and is conveniently located right downtown if you want to keep the party going by taking advantage of Cleveland’s nightlife after the show. With great views of the city, the Hilton Cleveland Downtown is another solid option in the downtown area.

If you do stay downtown, you’ll want to visit Rumor, named Cleveland’s best hip-hop club by Cleveland Scene. There’s also Medusa Restaurant and Lounge, a hip-hop oriented lounge that’s open until 2 AM. If live music is more your thing, you’ll want to hit up Stella’s Music Club, an upbeat lively bar that often plays hip-hop and has live music. Tickets here may be required in advance.

Plan a full evening of fun and music enjoyment this October 5th! It’ll be a night out not to be missed.