Home » Articles » #ThirstTrapThursday with Annie Cruz (on Wednesday): FIVE FUN FACTS ABOUT THE PAM & TOMMY LEE SEX TAPE ON THE 20TH ANNIVERSARY OF ITS RELEASE 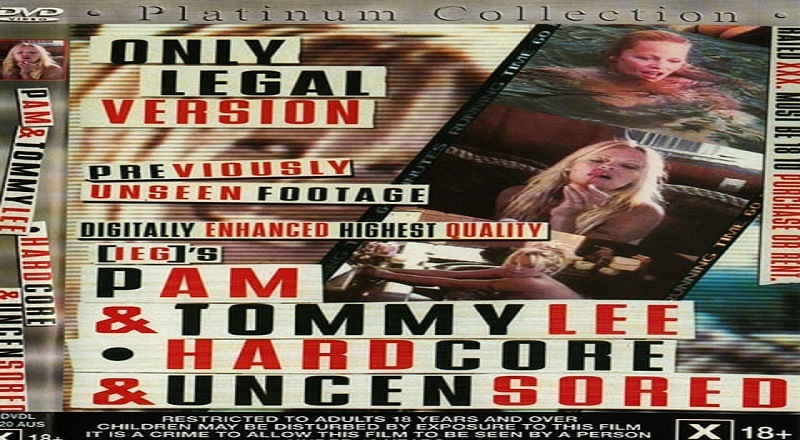 Because it’s February I bet you thought I’d be writing about Valentine’s Day. Well I’m not but I think you’ll get a great idea about a gift that both you and your partner can enjoy together.

Twenty years ago this month, Vivid Entertainment distributed the now world famous Pam Anderson/Tommy Lee sex tape. It catapulted Vivid to the next level with blockbuster sales and created a new celebrity sex tape category for the adult industry of which Vivid is the leader.

The company wants everyone to celebrate with them and so it’s offering a free screening of the entire movie for only $l. Just visit Vivid.com to check it out. It’s doubtful that you’ll ever fine as sexy a gift with a better price.

I thought I’d list some fun facts about the tape for you to get in the mood.

1 – This February Vivid Entertainment marks the 20th anniversary of its release of what many believe is the most famous celebrity sex video of all time — Pam & Tommy Lee: Hardcore Uncensored & Uncut

This sensational tape was the very first of its kind. Its release by Vivid launched the celebrity sex tape category for the adult industry. Though many more celebrity sex tapes have been distributed over the past two decades, Pam & Tommy set the tone for this genre, which has been dominated by Vivid from the start.

5 – In late 1997 Howard Stern captured it best when he said: “It’s the greatest tape I have ever seen in my life. What’s cool about it is that, like, you get to live their lives with them.” Check it out for yourself at Pam & Tommy Lee: Hardcore Uncensored & Uncut.

Catch Annie Cruz on Vivid Radio, Sirius XM channel 415 hosting “The Dirtiest Girl in the World” from 1:00 to 2:00 pm and on VividRadio.com.

More in Articles
Greensboro: The Gateway to NC Hip Hop
Trick Daddy is the king of Miami and he’s coming back for his throne to add to his legacy