Home » Articles » Twitter Reacts To Safaree And A1 Conversation About Him Smashing Lyrica : ” Safaree Is Lying His Ass Off, He’s Full Of Sh*t” #LHHH [PHOTOS] 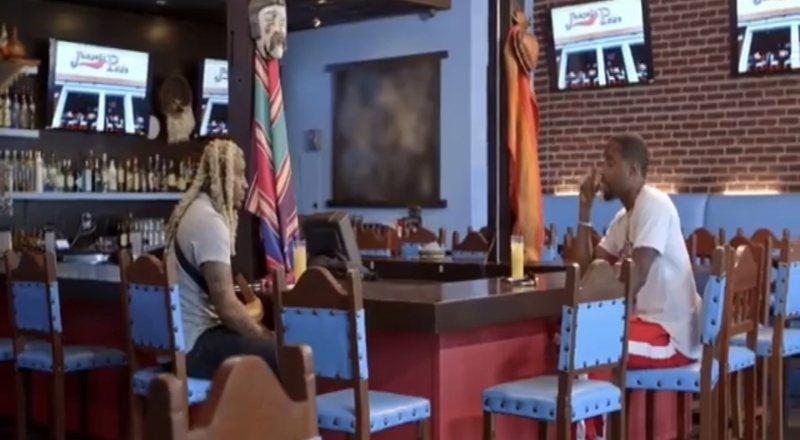 The whole situation is complicated and messy as hell.

There was a lot of drama  this season between Safaree, Lyrica and A1. Earlier this season, K. Michelle recently told At Bentley that Lyrica Anderson tried to sleep with Safaree. Things esclated quickly, once A1 and Ray J confronted Safaree about the rumor. However, Safaree didn’t really deny it. While, Lyrica denied all allegations.

During the season finale of Love & Hip Hop Hollywood, Safaree and A1 had met up at a local bar. During the conversation, A1 confronts Safaree and asked him if he ever had sex with his wife, Lyrica. Safaree denied all sexual allegations. But states that he does’t remember if he “accidentally” sent her a d**k video or not.

Read the tweets about Safaree below:

More in Articles
Remy Ma Says It Was “Corny” How Nicki Minaj and Cardi B Ended Their Beef: “After 15 Hours…They’re Both Like ‘Ok, Let’s Be Friends Now’” [VIDEO]
Future’s Girlfriend, Brittni, Is Unbothered That He Was Hugged Up With Joie Chavis at Their Baby Shower; Says He Is Only Trying to Protect His Assets