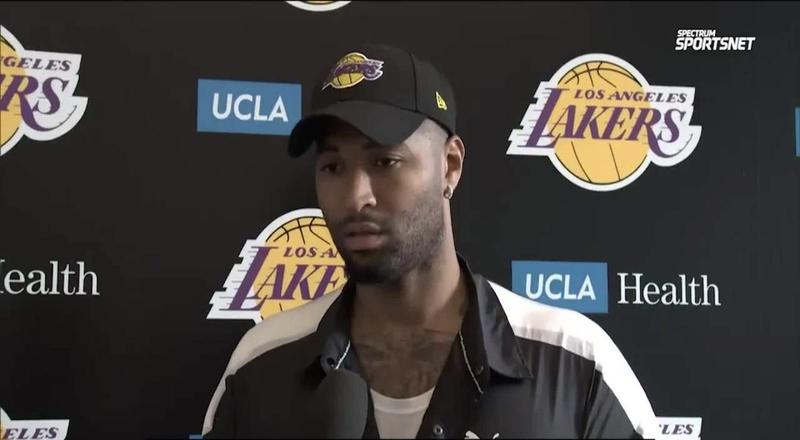 Los Angeles Lakers All-Star Center DeMarcus Cousins could be heading towards some legal issues right after just becoming a married man. Audio recording has leaked of him threatening to shoot ex-girlfriend Christy West for not letting their son come to his wedding with now-GF, Morgan Lang, according to TMZ Sports. The wedding took place on August 24 in Atlanta. The phone call between the two took place the day before.

Cousins said on the audio that he’d “put a bullet in her f*cking head” if their son wasn’t allowed to come. A police report was soon filed by West regarding the call. At the time, West was at a park in Alabama with their son with the voice on the call allegedly being Cousins.

Cousins had asked “I’m gonna ask you this one more time before I take it to another level. Can I have my son here, please?” West then responded no in which Cousins proceeded to make the gun threat.

Court documents were filed in Alabama about the threat where West is looking at getting a restraining order. The documents also stated that he choked her in a previous incident. She doesn’t want Cousins around her and her son but supervised visitation could be an option. The investigation into the gun threat on that call is still ongoing.

The Lakers have since released a statement on Cousins saying “We are aware of the allegation involving DeMarcus Cousins and, of course, take this claim seriously. We are in the process of  gathering information and will reserve further comment at this time.” Cousins had signed a 1-year deal with Los Angeles this summer but tore his ACL in a pickup game.

Check out the leaked audio of Cousins making the threat below.