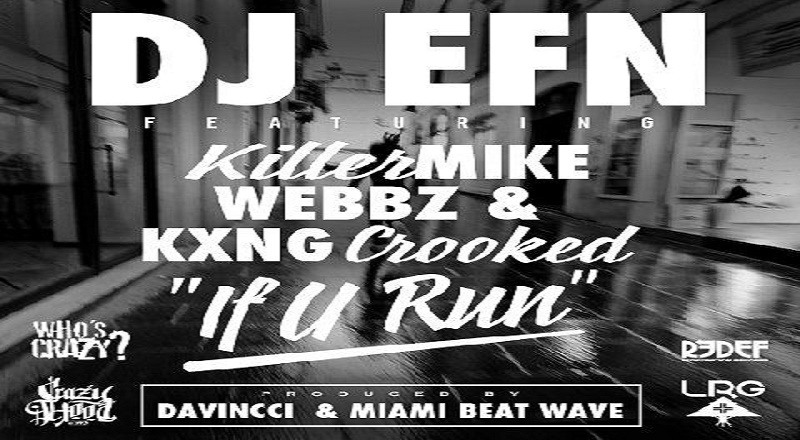 DJ EFN is an icon on the Miami hip hop scene, putting out albums since the 1990s. Currently, DJ EFN is working on his new album, Another Time, which is due on March 5. The new single off the album is called “If U Run,” which features Killer Mike, Crooked I, and Webbz.

Listen to “If U Run” by DJ EFN ft. Killer Mike, Crooked I, and Webbz below: