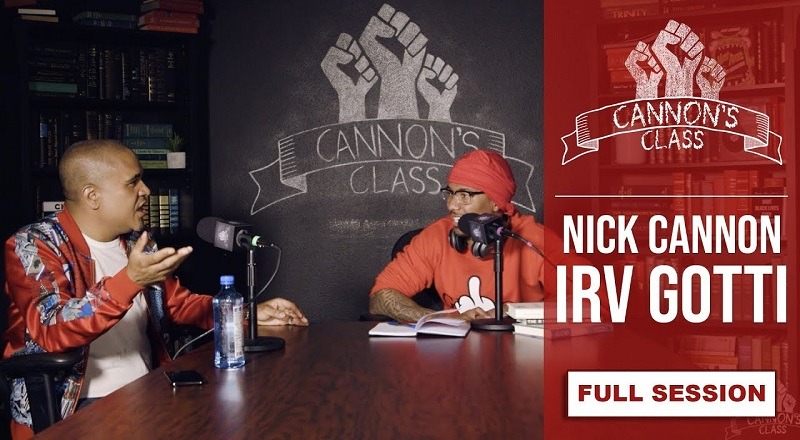 Because of his history as a child star, kid actor, and TV host, Nick Cannon isn’t taken seriously, as a rapper. Then, the music he put out, wasn’t considered the most lyrical. When Nick Cannon got dissed by Eminem, back in 2009, many took it as a joke.

The joke was Nick Cannon going at Eminem, not the other way around, make no mistake. A decade has gone by and Nick Cannon and Eminem have managed to coexist. However, some comments Nick made, during his interview with T.I., woke Eminem up.

Eminem appeared on Fat Joe’s “Lord Above” single, which also features Mary J. Blige, and he dissed Nick Cannon. Already, this led to some social media backlash from Nick. Wasting no time, he dropped his diss track, “The Invitation,” where he goes all the way in on Em, with his “Wild ‘N Out” crew, Hitman Holla, Charlie Clips, and Prince, along with Suge Knight.

Listen to “The Invitation” by Nick Cannon below: