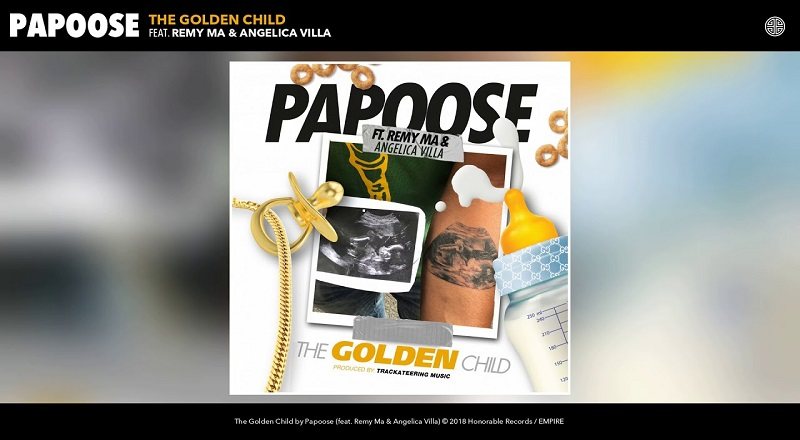 Papoose is definitely on cloud nine, as not only is Remy Ma a free woman, but she is finally carrying his child, and she is hot, right now. Both he and Remy Ma have reinvented themselves as TV personalities, starting with their run on “Love & Hip Hop,” since then branching out into a spinoff, daytime, and commentary. On the finale of their series, “Meet The Mackies,” Papoose recorded a song called “The Golden Child” and Remy Ma said she would have to jump on it, which she did, leading to the record that’s out now.

Listen to “The Golden Child” by Papoose ft. Remy Ma and Angelica Villa below:

More in Audio
Sosamann ft. Wiz Khalifa – “Ride or Die”
Young Buck has a phone call leak to the internet, allegedly him with the alleged transsexual woman, talking about the sextape, offers to pay $2,000 for her to remove it [AUDIO]