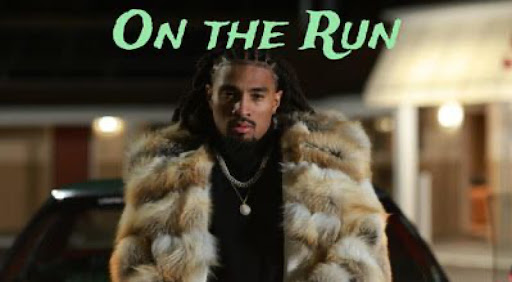 RUFF is a rising rhymer, promising producer, and songwriter who has recently released a new hit! Dubbed the “King Of Long Island”, the NY native has been immersed in Hip-Hop culture from a young age. Understandably so, [Hip-Hop] has guided his every decision since.

In fact, Ruff is quick to explain, “… the way I spoke, how I dressed, and all things I liked. I knew the words to my favorite songs before I knew my homework.”

His desire to become a prominent player in the industry was fueled by his feeling of regional identity and love for the culture. Rather than attempting to resurrect New York Rap, Ruff is attempting to usher in the rebirth of Long Island Hip-Hop as an artist, composer, and producer. He’s fusing the flare and attention to detail that defined the golden age with a fresh dash of modern spice.

Recently he released his trendy track titled, “On The Run”. In fact, his hot new hit single comes on the heels of his smash single “Capable”. With back to back bangers, it’s safe to say that the emerging emcee has more in store for fans all 2022!

Get familiar with RUFF by pressing play on his single, “On The Run” on your preferred DSP. You won’t want to miss it! The Island King has arrived!

CONNECT WITH RUFF ON SOCIAL MEDIA:

More in Audio
Stream: Yungeen Ace: “All On Me”
Sarai The Artist – “Lately”