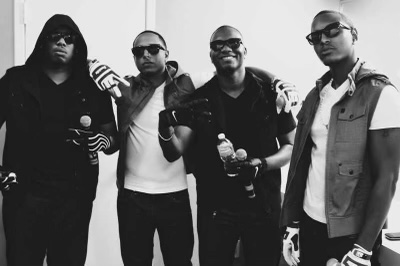 Rhythm and blues as a genre has connected people with artists who stand for cultural freedom. R&B is an avenue for artists to find expression and weave their thoughts into a message for their listeners. With the modernization of music, much has changed about R&B through the introduction of contemporary sounds, but the genre’s essence remains untouched.

The rising R&B group Sentury is bringing back nostalgic R&B harmonies with a fresh wave of beats. The group, comprising 4 passionate musicians, Leo, AJ, Rico, and CJ, scaled musical charts with their earlier release. Now they are back with another soul-soothing song, “Be Over,” to create magic with contemporary R&B.

Sentury came under the spotlight after the release of their song “Love Of My Life,” which climbed up the R&B Billboard charts to number 25. The song remained on the charts for 11 weeks, bringing the group lots of recognition. Following the success of “Love Of My Life,” Sentury became a household name in the live music scene not just for their unique take on R&B but for their electrifying stage performances. Sentury managed to strike a chord, connecting with the crowd and cheering them up.

Sentury has shared the stage with big names from the music industry like Usher, Blackstreet, Anthony Hamilton, Chris Brown, Tank, and Charlie Wilson. The group experienced a sudden setback during the pandemic when live shows were postponed indefinitely. The group took their music to radio and digital streaming platforms to connect with their fans.

Now Sentury is set to replicate the success of “Love Of My Life” with its sequel “Be Over.” They are expecting “Be Over” to climb the Billboard charts to the top 10 by focusing more on their digital footprint, surpassing the popularity of its prequel. Love and compassion have always been the essence of Sentury’s music, and “Be Over” is no exception.

The next big move for Sentury is to collaborate with renowned artists and music labels. The group wants to take their message of compassion to a global level through music so they can positively impact more people.