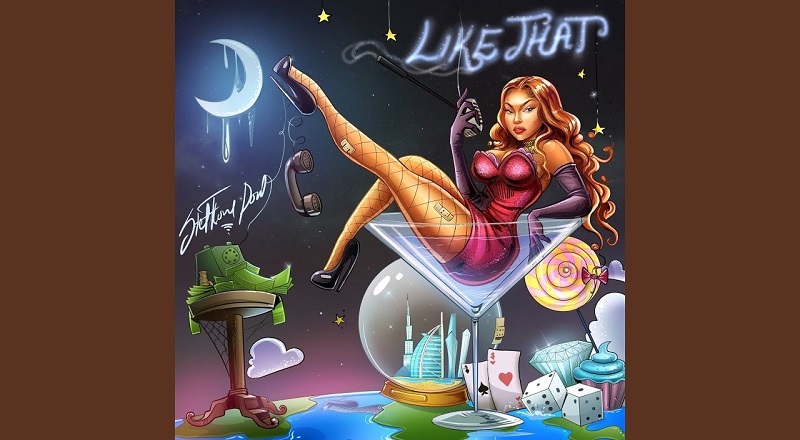 Stefflon Don returns to deliver Like That her new single

Five years ago, Stefflon Don signed with Quality Control Music. With her being a British artist, it was clear the QC label was making major moves. Since their inception, QC has consistently grown, and the label has a wide roster on both the label and with management. Stefflon Don debuted in 2017, but only rose to fame in 2018. That spring, Stefflon Don’s single, “Hurtin Me,” featuring French Montana, became a radio hit.

Stefflon Don has proven she has what it takes to be a star. These times, in music, are a bit unusual, however. There are tons of artists who release several projects throughout the year. Those artists are accused of oversaturating the game. Then, on the other hand, there are those artists who only release projects once every few years. Somewhere in the middle, there is Stefflon Don, and she’s left quite the impression on the game.

Last year, Stefflon Don was afforded the opportunity to work with two of the biggest names in music. Saweetie recruited Stefflon Don, along with Doja Cat, for her single, “Best Friend,” which went onto be met with success. Recently, Stefflon Don returned with new music, and now she’s back with even more. On this week’s New Music Friday, Stefflon Don has released “Like That” as her new single.

Stefflon Don returns to deliver Like That her new single

More in Audio
Stream: Baby Tate – “What’s Love” and “Sl*t Him Out” (Pack)
Beat Making Made More Interesting And Artistic By Brauch