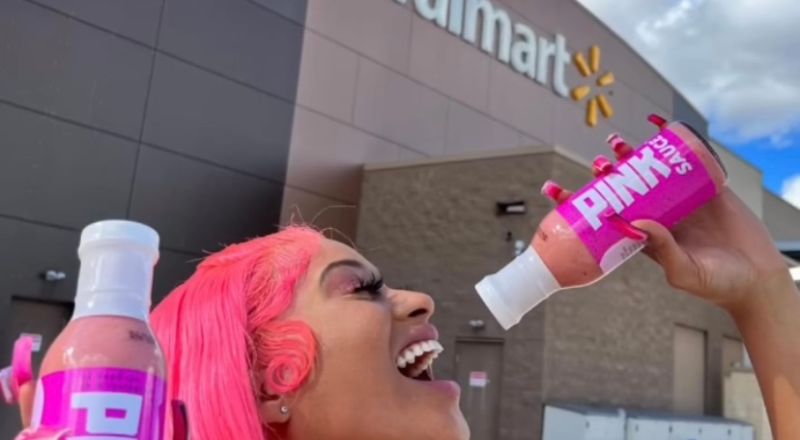 Viral Pink Sauce is now available for purchase at Walmart

The mysterious Pink Sauce that went viral is now being sold at a major retail store. Last summer a pink substance took over the internet, leaving people considered but curious about it. Created by Veronica Shaw who goes by the business name Chef Pii, her Pink Sauce is not the traditional condiment or topping. With a unique and indescribable flavor, the sauce went viral as people all over wanted to taste it. Despite issues and online ridicule, the viral sauce is now available for purchase at select Walmart stores.

Veronica has made an incredible name and business for herself. Although now known for her one of a kind sauce, the Miami based business woman is also a private chef. Introducing the world to her homemade creation, she began posting her Pink Sauce all throughout social media. As videos of her pouring her sauce on McDonald’s, chicken, fries and other foods went viral, controversy grew. The ingredients for the sauce are unknown in addition to originally not being FDA approved.

Despite the negative backlash, Veronica and her product have prevailed through it all. In a joint partnership with Daves Gourmet the sauce has been improved and ready for store purchase. The Pink Sauce is available in select Walmart stores for a limited time.

Viral Pink Sauce is now available for purchase at Walmart

Continue Reading
You may also like...
Related Topics:black women, The Pink Sauce, walmart