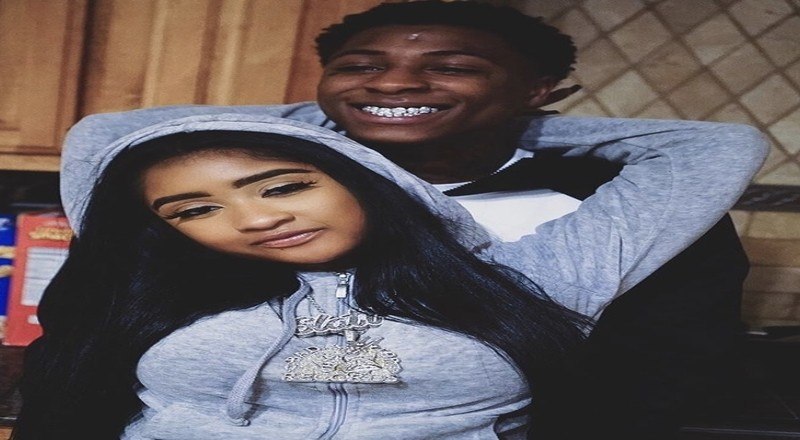 NBA Youngboy has recently been beefing with his ex-girlfriend and baby mama, Jania, by saying that she was the one who gave him herpes. She has since denied that. Earlier this year, he was arrested in Miami during the weekend of the Rolling Loud festival due to violating his probation due to reportedly being involved in a shooting with Tee Grizzley’s entourage.

Now, it looks like the Baton Rouge rapper in moving on relationship-wise. Rising 19-year-old Houston rapper, Young Lyric, just posted photos with Youngboy on Instagram in what appears to be a photoshoot with the caption “NBA YoungGirl.” She is currently signed to inndependent label Bad Akktor Records in partnership with Rap-A-Lot Records’ New Wave division. She also appeared on the Lifetime TV show, ‘The Rap Game.’

It’ll be interesting to know if Ms. Lyric knows that Youngboy has four kids from three women just the current age of 20. She could be the fourth baby mama but that might not be an issue for her. Check out the new IG photos of the two together below.
https://www.instagram.com/p/B51P3KkAIp-/?utm_source=ig_web_copy_link

More in Articles
Cardi B shares herself taking a dump, on IG Live, after Ghana celebrities put her on blast for not showing up to meet and greet, and Cardi says her reason for doing so was being sick, sharing video as proof
Steve Harvey gets roasted, hosting #MissUniverse2019, over his suit, gets compared to Mr. Potato Head, and the Miss Colombia jokes keep coming! But, Steve’s own jokes get him under fire for mentioning the Cartel, as Colombian fans say it’s not funny