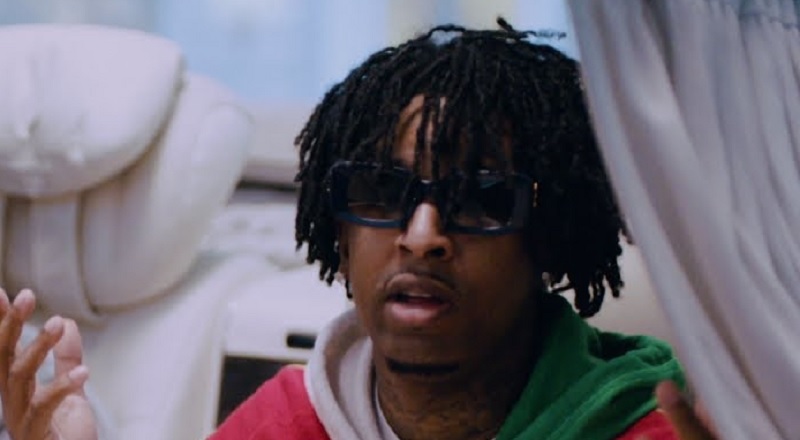 21 Savage was a part of the 2015 wave that saw plenty of new artists enter the game. Recently, 21 Savage said he could beat all of those rappers in a Verzuz battle. A few of those 2015 emerging stars faded from the spotlight, only to return in 2017. Among those rappers was 21 Savage. In 2017, 21 came back strong with his single, “Bank Account,” and Post Malone gave him a scene-stealing appearance on “Rockstar,” late in the same year. Now, 21 Savage and Drake have united for the joint album, Her Loss.

21 Savage is currently one of the hottest rappers in the game. However, it was not always this way for him. After his 2015 run, 21 Savage faded from the spotlight. During that time, 21 wound up getting into a high profile beef with Tyga. At the time, Tyga and Kylie Jenner were dating. Despite this, 21 began shooting his shot at Kylie. As a result, Tyga and 21 Savage wound up having a confrontation with each other outside of a concert. In the end, the two ended up making amends.

21 Savage has made a lot of controversial statements, recently. Already, 21 has said that he can beat all of his rap peers from that 2016 Freshmen class in a Verzuz battle. Among the other people from that class includes Kodak Black, and Kodak has hits. Now, 21 is on Clubhouse, where he is speaking on Nas. In this latest Clubhouse room session, 21 Savage said that Nas is not relevant. His comments are comparable to Jeezy’s 2007 comments about Nas, before they collaborated.

Listen to the full audio here.