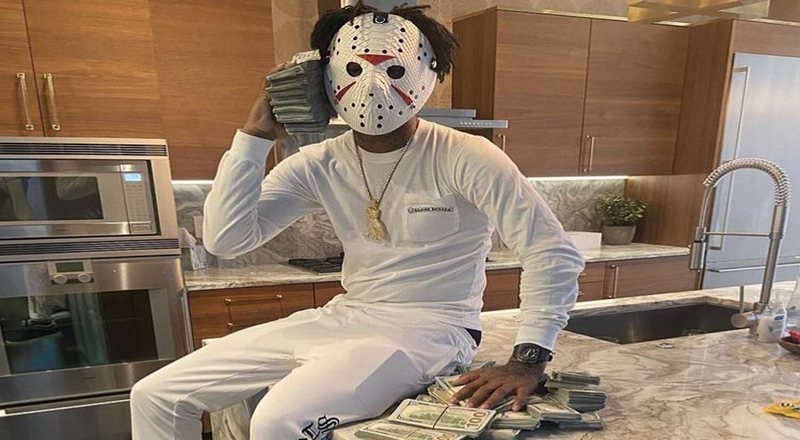 21 Savage and Drake have been showing each other a lot of respect this week. First, Drake sent 21 an iced out OVO owl chain. Now, the East Atlanta rapper is returning the favor as he has now given Drake a “4L” chain.

This comes after Drake appeared on 21’s ‘Savage Mode 2 ‘ album that dropped last week with Metro Boomin. Drake is on the popular “Mr. Right Now” song where he claimed that he dated SZA back in 2008. She would go on to reply two days later clarifying that it actually happened in 2009.

This is the first time that 21 and Drake collaborated on a record together and it definitely exceeded expectations, according to fans. Giving these chains to each other this week is definitely a good celebration, especially after Savage Mode 2 just became the No. 1 album in the US on the Billboard 200 chart. This is after it sold 173,000 units in its first week.

Take a closer look at Drake’s new 4L chain along with 21’s OVO chain below.

21 Savage shows off his OVO chain that he got from Drake 🦉 pic.twitter.com/0T90VBRIBi