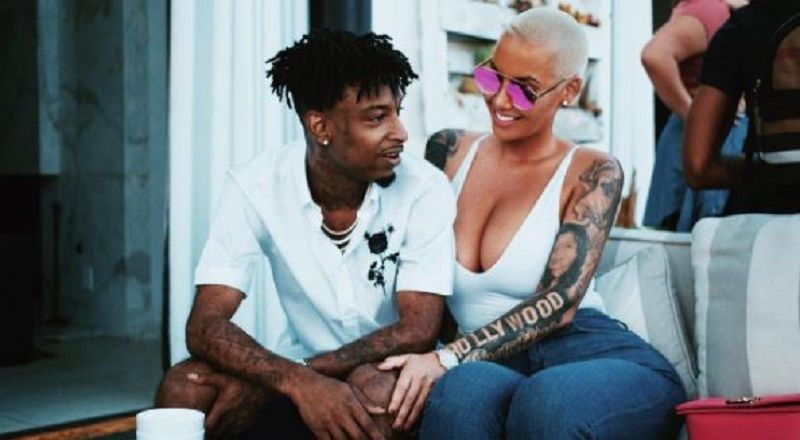 Last year, 21 Savage rose to take over the game as his mixtape success finally boiled over. Once “No Heart” hit, 21 Savage was a household name and his momentum has only continued growing from there. But, he became TMZ fodder with his next antic.

21 Savage was gaining stardom and he began tweeting Kylie Jenner, hitting on her. Initially, Kylie responded to some of his tweets, despite her being with Tyga, at the time. However, 21 Savage later went too far with his tweets, leading to a brief beef with Tyga, which is now over.

Apparently, 21 Savage has found someone he can move on with. At a recent event, presumably BET Week in Los Angeles, 21 Savage was with Amber Rose. She appears very into the conversation, as her hand is on his knee and holding onto his other arm, with her massive bosom on his shoulder.

More in Hip Hop News
Nicki Minaj owns the internet after verse on DJ Khaled’s “I Can’t Even Lie,” dragging Remy Ma
K. Michelle goes nude on her Instagram, wearing nothing but half of her bodysuit [PHOTO]