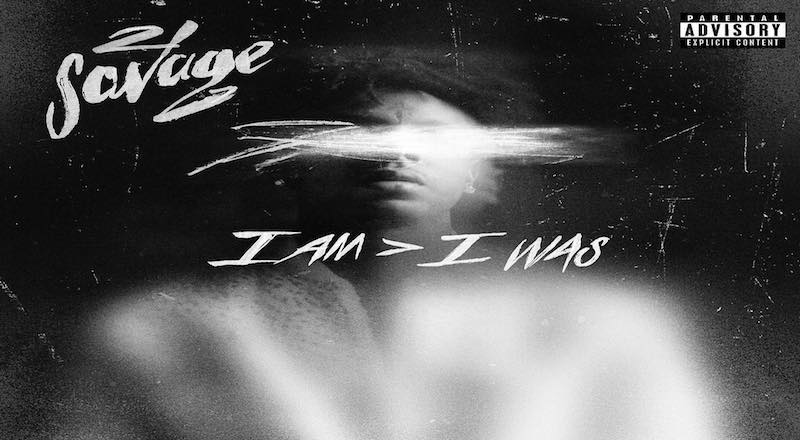 It’s time! Tonight seems to be a big night for music releases including 21 Savage’s highly anticipated album. All of 2018, 21 Savage has been hinting at the release of new music and today has given fans exactly what they wanted! The title of his upcoming project, “I Am > I Was” and it’s cover art.

21 took to Instagram to reveal the cover art which is a picture of him in black and white with his face blurred and the titled sketched in front. “I Am > I Was” is the follow-up to Issa, which dropped last July. All year long everything surrounding this project has been a mystery, earlier in the year, the Atlanta rapper said it would be arriving in “Octember” which could mean anywhere from October to December.

As of right now there isn’t a definitive answer to when the project is set to release, but back in November he teased fans by tweeting the date “12-7-2018” which is this Friday, as though that may be the day to wait on. In interviews he has mentioned that he work very hard on this album and put his all into improving his craft, so I believe we may be in for a pleasant surprise. Make sure to keep an eye out for 21 Savage’s new project, it may drop tonight at midnight!

Continue Reading
You may also like...
Related Topics:21 savage, @minneetellsitall, atlanta, i am > i was, issa