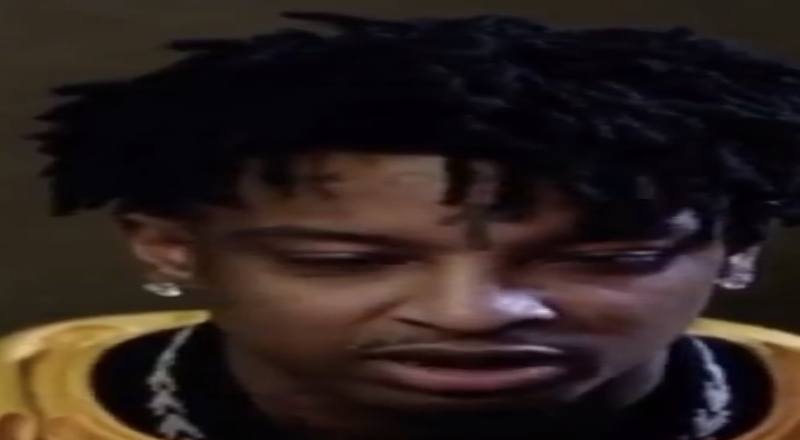 21 Savage released his second studio album “I Am > I Was” today and it’s already regarded as the hottest album of the week. Some of the most talked about records on there so far are “A Lot” feat. J.Cole, “4L” feat. Young Nudy, and “Can’t Leave Without It” feat. Lil Baby and Gunna.

21 has also come out this year preaching how important it is to make good financial investments. He’s learned that he can’t make a common rapper mistake and quickly blow through his money. While he treats himself to jewelry every now and then such as his $50,000 earrings, he still knows that a lot of it needs to be stashed up.

21 recently chopped it up in an interview with Rob Markman and the topic of not wearing a lot of jewelry came up. He humbly stated that he doesn’t need the flashiness to be the best.

“Too many people overdo it,” said 21. “Fans don’t really care about jewelry. Some fans do but majority of them don’t. Rappers just compete with other rappers to see who can get the best and nicest type of s*it. I don’t have to compete with nobody and jewelry doesn’t make me. I’ve had an identity before I started rapping. I’ve always been me. I’m a star without jewelry. I can walk in a room without a piece of jewelry on and people will still feel my energy.”

More rappers should have the same mindset as 21 Savage. Getting some jewelry early on in a career is fine but thinking long term, invest that money. Check out 21 Savage discussing him not needing to wear jewelry below.