Home » Hip Hop News » 21 Savage shares special Snapchat message to Amber Rose, to go along with the promise ring he got her [PHOTO] 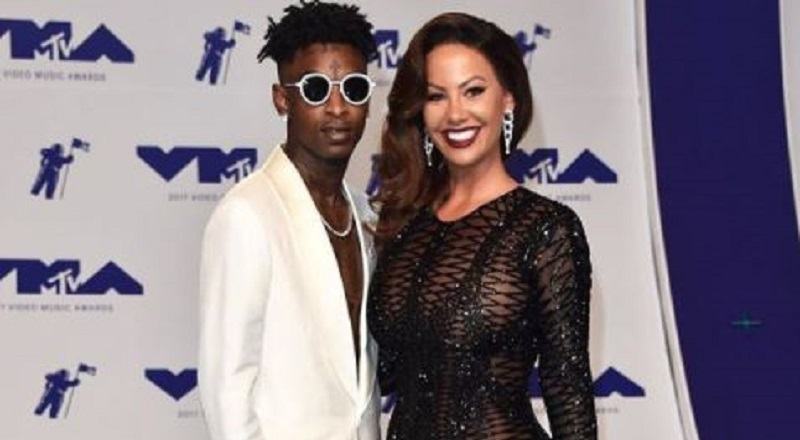 Last night, 21 Savage saw his girl, Amber Rose, trending on Twitter. A lot of people were thrown off when Amber Rose came in, rocking a wig, as opposed to her natural close cut. Some people were confused, going as far as calling 21 out for not taking Amber Rose to the VMAs.

Ultimately, it was Amber Rose, and 21 Savage enjoyed what appeared to be a magical night for him. The popular rapper began dating Amber Rose to much criticism. Prior to dating 21 Savage, Amber Rose was married to Wiz Khalifa, and dated Kanye West.

None of that really matters to 21 Savage, however, nor should it, when it comes to love. Several times, he has gone on Instagram to share live videos, where he showers his woman with nothing but praise and love. He did so, again, on Snapchat, sharing with his followers the promise ring he gave to Amber.

More in Hip Hop News
K. Michelle reveals she has a new single with Chris Brown coming next week [VIDEO]
Jason Mitchell, who played Eazy-E in #StraightOuttaCompton, goes off on Delta flight after being bumped from first class [VIDEO]