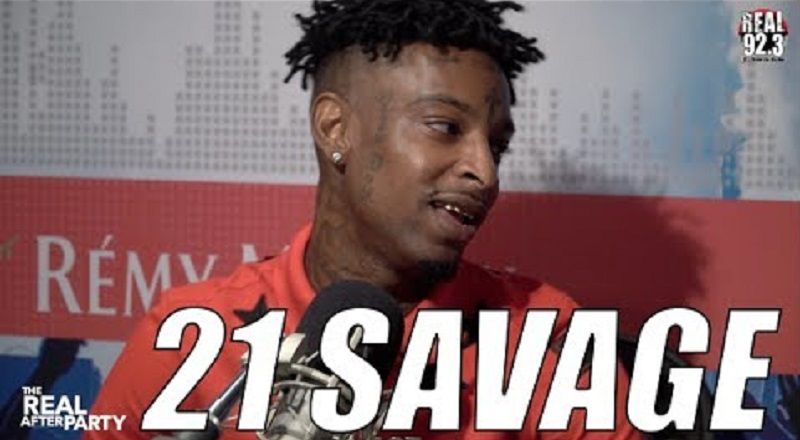 Out of all the 2015 artists who emerged, 21 Savage is clearly the biggest name among them. Still relatively young, 21 Savage is out here dating the well-known vixen, Amber Rose. He is the fourth rapper Rose is tied to, following Kanye West, Wiz Khalifa, and Machine Gun Kelly.

21 Savage is comparable to those guys, when they were just breaking through, as people know his name, but not his music. Then, there are diehard fans who know everything about him. The generation of those rappers are the ones who helped to shift the game.

Recently, 21 Savage was in Los Angeles and he visited Real 92.3. Sitting down for an interview, 21 Savage talked about dating Amber Rose, as she obviously makes him happy. Then, he spoke on his album, Issa, which dropped this morning, Jay-Z’s new album, and much more.